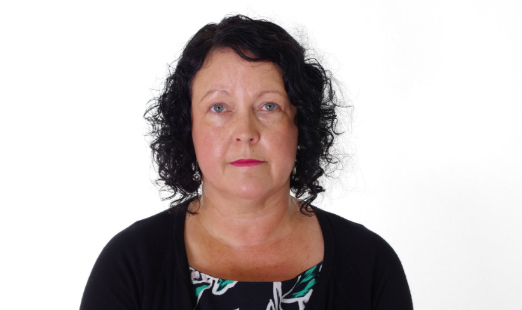 In my experience my episodes of feeling ‘high’ would cause me to feel superhuman, as though I was immortal and nothing could harm me, a dangerous existence to be in.

When these episodes passed, with intervention and medication I would then have my deep depression as the realisation dawned ‘I had to remove the rose tinted glasses and look at what life was really like’.

I have battled Bipolar Disorder since I was 17. Since then I have had numerous mental breakdowns, five resulting in being sectioned under the Mental Health Act and one admission to hospital in another country.

As I reflect back I realise it really does make me feel very sad that I’ve lost so many years to my illness.

Even when I finally managed to gain insight into my own illness and started to recognise that I was becoming unwell the mental health team would never accept that I had this insight and so the sections continued.

I would look around the hospital ward in total disbelief. Did I not volunteer to come here? “Yes I did, then why, why am I detained again?’

I am detained because the system feels they know me.

Having your freedom taken away

In previous sections I have attempted to leave and who wouldn’t.

It has to be the worse feeling in the world to have your freedom taken away from you. Even though I accepted that I needed help the system felt they must impose yet another section.

Being detained made me feel totally helpless.

Nobody discussed my care plan with me

I had no idea how long I was going to remain there. I would attend each ward round completely at the mercy of the professionals. Nobody ever discussed my care plan with me. I was just given medication often against my will and told that I must take it.

The only person I had ever trusted was my CPN but of course once you are admitted that is the last you see of them until you are back on the outside.

I couldn’t chose my own advocate

I was never asked who I would like to act as my advocate, this was never discussed.

It was just assumed that it would be my next of kin i.e.  in my case my husband would act in my best interests.

Can you imagine how this felt when on my latter admissions I had already commenced divorce proceedings?

Had I been consulted I would have wanted my CPN to be my advocate as she knew what my life had been like at home and she would have known how to enable a swift safe return home.

She knew of the issues that had contributed to me becoming unwell.

I felt so lost and so lonely. It was a frightening situation to be in.

I appealed and I won

On my final section I appealed against the decision and I won my case.

The section was removed immediately. Thankfully by then my new consultant had come on board and I trusted his decisions.

I was in my late twenties when the correct team came on board, but I was not really given a formal diagnosis until 2002.

From giving me the correct diagnosis I was able to accept my illness, comply with the medication and finally get my life back on track.