Think about 'thriving at work' - and indeed thriving mental health care - in a different way. A social movement in Coventry have shown how bureaucracy and employer stigma can be bypassed and mental health can flourish. 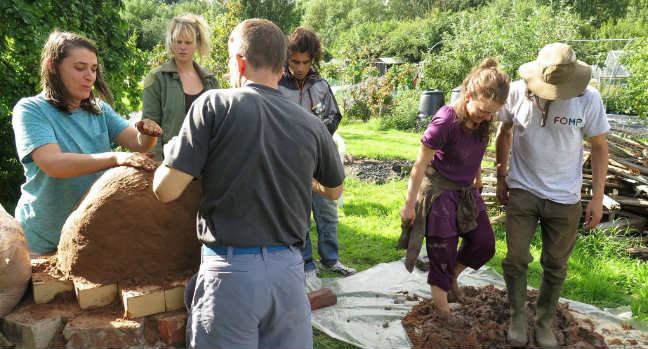 Can a council-run service really become a stellar model of personalised and community centred practice? Can it help people with mental health issues recover, move on and live fulfilling lives as active and valued citizens? And to top it all, is it even affordable?

"Since its launch, Coventry’s Time Union has recruited hundreds of members, from international students to retired older people. Some have severe mental illness, other do not. There is no expectation or need to disclose. Current members exchange language lessons, fitness, DIY, career and life coaching, crafts, Reiki and cinema trips. One member, who moved back to Spain, continues language lessons over Skype."

Sadly there are many who are sceptical, and particularly for a group of people who are typically the least likely to experience good outcomes for their mental wellbeing.

Coventry City Council bucked this trend when they introduced a Time Union that served the whole of Coventry City in 2014.

From DIY to Reiki

Christine Eade is the manager who set up Time Union as one model of social brokerage amongst others, to transform Lamb Street, a former traditional day centre for people with severe mental illness, into the award winning ‘Pod’ that it is today.

Time Union is a time bank which helps everyone use their time and build their sense of self through relating to others, whilst supporting positive social change.

It is free, open to all 18+ and encourages flexible involvement. Members share their time, ‘assets’, and skills on an hour-to-hour basis. So, say I share an hour with one member, I’ll then get an hour back from another.

Since its launch, Coventry’s Time Union has recruited hundreds of members, from international students to retired older people. Some have severe mental illness, other do not. There is no expectation or need to disclose.

Much of the Pod’s success is down to the fact that it is viewed as a social movement as opposed to a commissioned service. It has created a citywide infrastructure for social and cultural engagement. It represents opportunity for ‘citizens’, not ‘users’.

"Although the activity of the Pod and the Time Union is funded through traditional council budget lines, it is not a commissioned service."

As a result, Christine has seen people with mental health problems live full lives with no or very significantly reduced involvement of mental health services. A sentiment shared by Councillor Faye Abbott, who says literally thousands of people have benefitted and its strength is how it works in personalised and innovative ways.

How it works for Alan

Alan Van Wijgerden secures Time Union credits by photographing all events for the Pod. He also repairs things for people and offers master classes in photography.

One Time Union member has been supporting him in cataloging his books and films. Whilst another member says he was delighted when Alan saved him thousands of pounds for fixing his 70s stereogram.

Alan says, “I joined because I thought it was something good to support, and it doesn’t involve exchange of money, no discussions around hourly rate. Everything today revolves around money so much. And it’s really friendly. You get to meet like-minded people and I get some housecleaning and filing done which I hate”.

So how are time unions affordable in today’s financial climate?

Although the activity of the Pod and the Time Union is funded through traditional council budget lines, it is not a commissioned service.

Funding has been used to broker long-term, sustainable opportunities, break down barriers, tackle stigma and at the same time help citizens either of the Pod or general public to broaden their horizons!

Rather than chase grant funding, energy is focused on unleashing the community’s own assets, or ‘social capital’ in ways that can be maintained by people power, based upon the economy of time and social value. In essence, Time Union has successfully created a micro-economy for the city.

Paul Slatter, Director of the Chamberlain Forum, and long-term time bank researcher says that Time Union shows how local councils can back community timebanking without unduly imposing their outcomes or expectations upon it. It feels a lot more like a piece of enabling social infrastructure, rather than a 'public sector intervention' into the lives of citizens and communities.

Think Local Act Personal and its partner NDTi believe personalisation is fundamentally about better lives, not services. The rhetoric of this policy intention has had strong support across health and social care and is enshrined in the Care Act, but the reality for people is that their experience of care and support too often falls short of these goals.

Read more about Lamb Street to the Pod: The Journey from ‘Service User’ to Citizen, case story commissioned by TLAP & NDTi Authored by Martin Walker, Policy advisor for personalised commissioning and self-directed support.