People who have visited the GP looking for help with an eating disorder are waiting six months before receiving treatment, a survey by the UK’s eating disorder charity Beat has found. 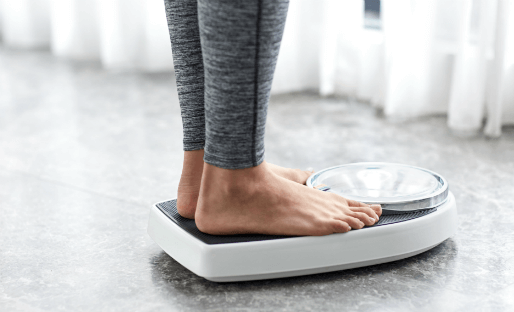 The research also found that people with eating disorders are facing a three-and-a-half-year delay before they start treatment.

Beat’s analysis of 1478 survey respondents found that on average, it takes people over 18 months to realise they have an eating disorder and over a year following this before they seek help.

Successfully treating anorexia becomes harder after 3 years so this wait means that many people are seeking help when their illness is still highly treatable, but not receiving it until later, when the likely outcome is more negative.

Beat Chief Executive Andrew Radford said: “This research has shed new light on where the delays in finding treatment lie. Eating disorders are serious mental illnesses and when people are treated within three years of falling ill, they are much more likely to have a quick and sustained recovery. The news that on average there is a delay of three-and-a-half years after symptoms emerging is very concerning.”

Hannah, 23, who developed anorexia aged 16 said: “I first started using disordered eating behaviours as a way of coping with negative emotions in 2010, when I was a teenager. Although for a while it was only an occasional thing, at the end of my first year at university it became a significant part of my everyday life. Because it was ‘low-level’ and I was ‘functioning’ I never recognised it as a problem, and kept it hidden from lots of my friends and family. In my third year of university, in 2016, it developed into anorexia and I became physically very ill and my weight dropped. Fortunately, I sought help quickly and the local team were incredible at getting me the treatment I needed straight away, so luckily I could receive outpatient community treatment and finish my degree.

“I want people to know that it doesn’t have to get that serious before you reach out for treatment. I could have benefitted from some professional help in the early stages but because I ‘managed’ it in my day-to-day life it developed into something life threatening. Even when I first began treatment I didn’t truly believe I had anorexia, just that I had some ‘bad habits’ that were a bit out of hand. I wish I acknowledged it as a problem earlier so I didn’t have to miss out on the things I did.”

Delays to treatment also mean higher costs to the taxpayer. PwC estimated in 2015 that eating disorders cost the NHS £4.6 billion. The study suggests that those treated early cost the NHS much less.

In 2015 the government introduced targets to reduce the time children in England spend waiting between being referred and starting treatment for eating disorders, alongside new funding of £30 million a year.

Andrew Radford said: “The government’s targets are a good start and an important first step. But our findings show that much more is needed to encourage people to get help faster. We call on the Government to build on its progress to date by promoting the importance of seeking help as soon as possible.”

Radford continued: “With pressure on the NHS budget money used for eating disorders must be spent efficiently. While inpatient treatment care is necessary in some cases, especially to save lives, intensive community care can be as effective in terms of outcomes and causes less disruption to day-to-day life. By investing in early intervention and combining budgets for inpatient and outpatient treatment to free up savings from less use of hospital care we can help more people for the same money.”

Beat also found that eating disorders have a significant impact on the whole family, who on average spend over £32,000 on travel to clinics, special food, lost time at work and other expenses. 44% of mothers and 31% of fathers described themselves as ‘extremely badly’ affected by the wait for their son or daughter to access treatment.

Radford continued: “When we look at the impact this has on those affected by eating disorders, it is devastating. We’ve spoken to carers who have had to give up work, a sister who at 12 years-old considered herself a ‘carer’ to her sister and her struggling parents and a mother who said the illness was destroying their family.”

Jo, whose daughter is currently in treatment for anorexia, said: "My daughter developed an eating disorder aged 14. Both my husband and I were aware for some time that she wasn’t eating well and it stared us in the face for such a long time. I don’t think we wanted to accept what was happening.

“When she eventually reached out for help our GP was brilliant, and got her into treatment as quickly as possible - though this still took two months, by which point her BMI was dangerously low and her depression and anxiety at an all-time high. A year later, with the support of a local child psychologist, my daughters' school and GP we are looking to the future with positivity.

“One thing I felt I wanted to do when we were all in a better place was to do something to give people hope. It was particularly hard to accept there was something wrong with her – you desperately look for things you did wrong and you blame yourself completely as a parent. I believe that those who have suffered for a short time and receive the right help promptly can make a full recovery.”