A hard-hitting new play explores three generations of male anger. Premiering at mac Birmingham on Thursday 8 February, the production team say they want to encourage black men to speak out about their mental wellbeing. 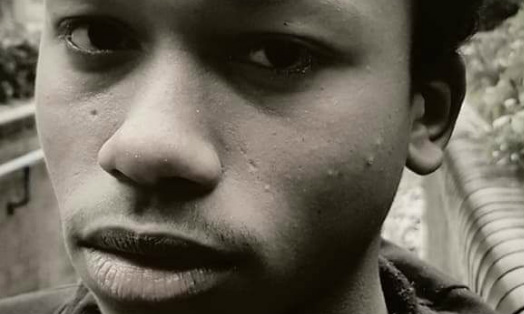 "We want to show that seeking mental health support is a sign of strength, not weakness" is the cry from the press release marking the premiere of new play 'Revealed'.

It's the first production from 'Menologues', a platform founded by mental health social activists The Red Earth Collective, to highlight diverse stories of Black British men through the arts.

“In African and Caribbean communities, expressing feelings of sadness and pain is often seen as a weakness," says Sandra Griffiths, director of The Red Earth Collective and producer of Menologues.

"It doesn’t help that the discourse about black men and their mental health centres on the severe end, such as schizophrenia."

"Menologues explores why it is so hard for many black men to explore their feelings and to talk about depression."

"I hope that Revealed will encourage black men to open up and seek the help that they need.”

The 60-minute production explores three black men from the same family: Malcolm, a restaurant owner, his son Luther (played by Dwayne Brown, pictured) and Malcolm’s father Sidney, who are locked in room while a violent protest at yet another death in custody rages on the streets.

What follows is an edgy unravelling of emotions, where three generations of anger are revealed.

Dr Martin Glynn, co-writer of Revealed, said: “Brazilian Augusto Boal encouraged critical thought about oppressive social conditions and developed the ‘theatre of the oppressed’ where he believed that oppressed people could transform their lives through theatre."

"By creating a safe space to observe and engage with complex issues, using creative means such as Menologues and Revealed is as effective as traditional forms of sharing ideas such as workshops, seminars and conferences.”

Daniel Anderson, who co-wrote and stars in Revealed, added: “Writing Revealed gave me an opportunity to reflect on my own journey as a black man who has battled with bouts of depression."

"The main inspiration was the need to uncover the things black men feel, but don’t say. The stigma that comes with mental health can be challenged using creativity.

"I hope the play encourages black men, and those in their lives, to step out of their comfort zones and take action.”

The play will be followed by a panel discussion featuring the writers of Revealed and Themba Loxolo, a West Midlands-based holistic therapist, with the opportunity to sign up to the Menologues campaign. T

Revealed plans to tour in theatres and community settings to create a social movement where black men are encouraged to talk more openly when in emotional distress.