"I felt like there was something hideously wrong with me and what was worse, my family seemed to confirm this idea. They had to re-learn the basics of what not to do as they were never supported themselves." 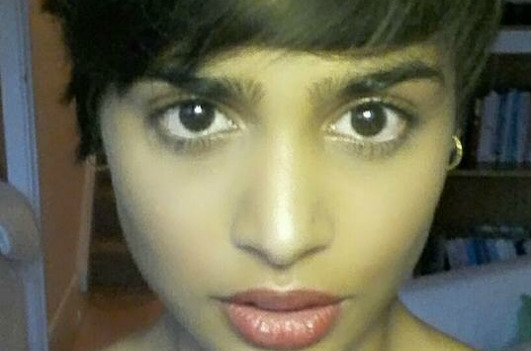 Me: “I am feeling really…anxious. My chest is really tight and I just feel like something bad is going to happen.”

Them: “You’re SO sensitive! You just need to toughen up and not think so much. The more you talk about it the worse it will seem."

Believe it or not this was a conversation I routinely had with many of my family members. Any time I was feeling particular anxious, stressed or overwhelmed with paralysing emotions, I was consistently told that it was either in my head or it was my fault. I didn’t know back then that I was suffering from a mental health condition.

I was sexually abused in my childhood.

Because of the abuse, I suffered with a mountain of mental health problems which ended up with a diagnosis of Borderline Personality Disorder earlier this year. Discussing mental health within the Indian community is like getting blood out of a stone. It’s ignored and is thought of as a figment of your imagination. So even after telling my family I didn’t feel comforted or loved, I felt ostracised and more alone than ever.

Do not answer back

Even before the diagnosis, my mental health was severely damaged. I frequently had panic attacks, turbulent mood swings and crippling depression. I felt like there was something hideously wrong with me and what was worse, my family seemed to confirm this idea. I was frequently told I had an attitude problem and I was constantly told in some way that I wasn’t good enough.

I was seen as the black sheep in the family and was in desperate need of “fixing.” I was sent to many different family members to have an “encouraging” talk about how I need to get my life in order and what I need to do in order to be successful. I was told I was focusing on the wrong thing, I was worrying too much about insignificant problems and I need to get my head sorted and focus more on my education which would then land me a good job and eventually a family. It seemed to me that my own thoughts and feelings were invalid.

Like any teenager I first met this criticism with anger and I was hell bent on kicking off. This wasn’t the best plan as I was then punished severely by everyone and perhaps rightly so. After my phone got taken away for the fifth time, I was threatened to be sent to boarding school in India and being sharply slapped by my older cousin I realised that my plan wasn’t working.

So I decided to go the opposite route. I consciously remember sitting down and tell myself: “Do what you are told by everyone. Do not answer back and do not form an opinion. Be polite and accommodating and when in doubt ask the family and they will tell you what to do, what to wear, how to act and how to live.”

This plan worked much better. I even remember my family saying that at first they were really worried about me but then I turned out to be a good girl. I had the love of my family back but I lost all sense of who I was. At the time I thought it was a small price to pay and would rather forget who I was and be loved than try to express myself and be hated. So that’s what I did, for more than ten years.

On the surface everything seemed fine but underneath it all the panic attacks, depression, anxiety, disgust for myself, shame and paranoia just grew and grew. I felt I had abandoned myself in order to feel loved and to be accepted.

Looking back I realised that brushing things under the carpet is the standard procedure in my family and in most ethnic communities. Having any sort of difficulty is often seen as a weakness and therefore not spoken about. The subject of mental health is very taboo and because a lot of ethnic communities don’t know much about it they find it difficult to talk about. In my experience the thought is if we don’t talk about it, it will go away. Unfortunately what this perpetrates is the idea that what people feel isn’t worth anything and to speak out about it (it meaning anything from work difficulties to mental health illnesses) means that the person in question is failing in their life. Instead of their thoughts and feelings being welcomed and listen to without judgement, they are often met with anger and embarrassment.

I would love to say that now, a few years later and in therapy, that I have learnt to love myself and not feel ashamed for my mental health condition but this wouldn’t be the truth. The truth is I still struggle with all of those things but the difference between me then and now is that I am trying to be more honest about my situation. My family are now aware and are trying their best to support me – however, they too are having to try and re-learn the basics of what NOT to do as they themselves were never supported either.

It seems like this opinion or feeling of shame surrounding mental health is deep rooted and goes back many generations. In order to try and stop the stigmatisation of mental health illness, our communities need to come together and be open and honest about their struggles. We need to talk to each other with love and respect so those of us who are suffering know that we no longer need to feel alone. I am not saying it is going to be easy nor do I think it is going to change overnight but little by little I am determined to try and be part of the movement that encourages this change and I hope you, the reader, are too.