What is Mindfulness? Does it really help us feel less stressed? This National Stress Awareness Day Julie Jones from Black Dog delves deeper ... 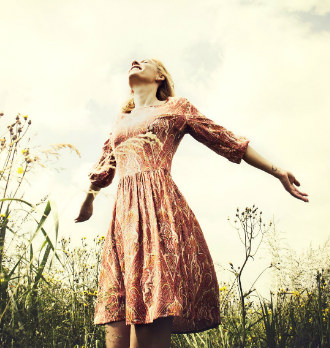 Mindfulness has experienced something of an explosion in recent years. You’ve seen the books; noticed the magazines, read the life-changing celebrity stories. Is it just another fad that’s due to be replaced and forgotten about?

Thankfully, for mindfulness, there’s far more going on than a mere trend. Because in recent years there has been an astounding amount of scientific evidence demonstrating its effectiveness across a whole range of health related areas.

Many of these studies have shown how mindfulness can help improve a number of mental health issues and its ability to change lives for the better.

A ‘fluffy’ answer to solving problems?

Some people see mindfulness as a kind of fluffy, hippy answer to solving problems. Others think of it as relaxation or blocking out feelings. Actually, mindfulness is anything but.

Really, mindfulness is about brain training. It’s about quite literally changing the brain to perform differently to stimuli through a process known as neuroplasticity. And when you start to view mindfulness in this way it becomes clear it’s something far more complex and useful than a fluffy fad.

So what is mindfulness? When I discovered mindfulness around 5 years ago I realised it was something special. But it wasn’t until I began carrying out the daily practice of regular meditation that the penny dropped as to how life changing it was.

It’s hard to truly understand what mindfulness really is unless you start doing it: to truly recognise the effect it is having upon how you think and how you feel.

For me, the growing realisation was that it boosted my stability. I felt that I had mentally changed from a rubber dingy to a yacht. I felt more able to make informed choices about how I felt about things and most importantly, how I responded to them. That is, I became less reactive to what was going on around me and much more responsive. In addition, I noticed a lot of good stuff going on around me that I had previously taken for granted or failed to notice.

In essence, mindfulness increased my awareness of how things actually are.

It didn’t make me overly positive. In fact, it made me more realistic. And that’s what mindfulness is, in a nutshell: enabling you to see things as they actually are to be more accepting of that reality.

This leads you to be able to make changes in a more realistic way, rather than in reactive, unstable ways.

Now onto the science. Mindfulness is shown to change the brain through a process known as neuroplasticity. Put simply, the brain changes according to what we give our attention to. That’s why habits are often difficult to break: they are learnt neural networks that we have repeatedly accessed.

This is why mindfulness is like brain training -it literally helps us to create new, more helpful networks.

How does it compare to CBT?

So what does this mean for mental health care? And how does mindfulness compare to therapies such as CBT? Well, therapies like CBT are concerned with looking at how the individual sees the world and what is unhelpful or unrealistic about those patterns.

Mindfulness is akin to this in that the practice of it helps the individual to develop those skills on a personal level.

Financially, mindfulness is great news as it is something that can be picked up and developed relatively inexpensively and without being subject to endless psychotherapy waiting lists.

That’s not to say psychotherapy isn’t important or imperative for a great many people. However, mindfulness is definitely a way in which a person can develop a great deal of important life skills at their own time and pace.

Mindfulness in the workplace

A further area of interest in mindfulness is in the workplace. There is a growing body of evidence as to the effectiveness of applying mindful techniques in a work setting to develop areas such as creativity, collaboration, innovation, productivity, wellbeing and resilience.

Reports such as ‘Building the case for mindfulness in the workplace’ (The Mindfulness Initiative) demonstrate the potential of using mindfulness as a workplace tool plus the cost-effectiveness of doing so. Work I have carried out with organisations has shown that it needn’t be time consuming either.

Through psychological advancement there is no doubt that other techniques will come along any maybe mindfulness will take a back seat.

But for now, I for one hope it remains a popular choice of self-help and therapeutic intervention. It certainly has enough evidence to support it that isn’t looking to slow down.