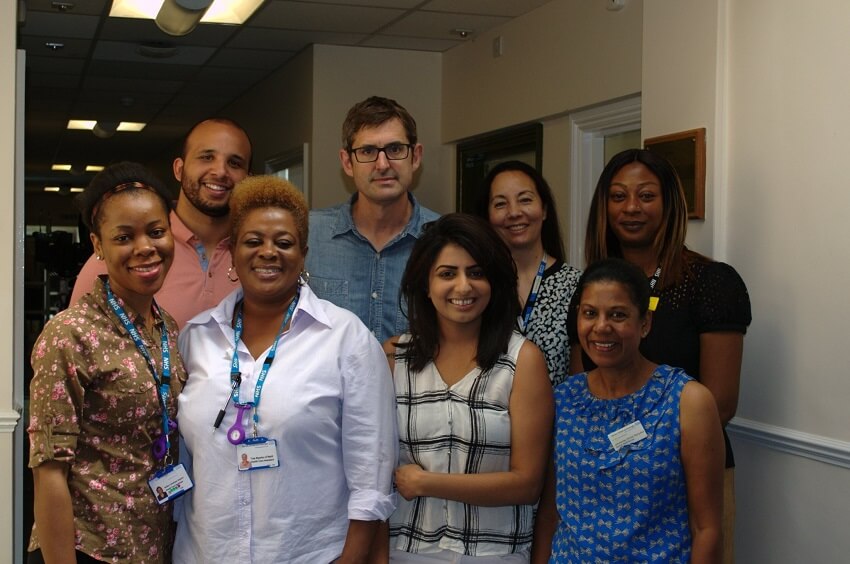 “A common misunderstanding about anorexia is that it only happens to young, middle class, white women. That was something that the Louis Theroux documentary did a really good job of showing - that anorexia can affect people of all ages, all backgrounds and all genders,” Dr Townend tells Mental Health Today.

This misconception can sometimes affect the mindset of GPs in primary care, making them less likely to diagnose anyone who doesn’t tick certain boxes. When this happens, people - especially men - can go undiagnosed for a long time and continue to grow sicker without treatment.

“Another misconception is that anorexia is a lifestyle choice. That people are choosing to do this so that they can look good on Instagram,” says Dr Townend. “We’ve had parents of patients saying that they thought their child stopped eating to look good and get more ‘likes’ on social media. But actually anorexia is a mental illness. And one with the highest mortality rate. It’s serious.”

These misconceptions can also creep into the mindset of the person with anorexia themselves so that they struggle to believe that they are ill. Dr Townend adds: “We have had quite a few patients who didn’t know what anorexia was. They were literally shocked when a GP suggested they might have an eating disorder and many patients struggle to accept  the diagnosis.”

The service has welcomed the attention they received after the Louis Theroux documentary and thinks it will help to increase awareness. “The response has been overwhelmingly positive from people who suffer from eating disorders and the public,” says Dr Townend. “Many people have commented that they didn’t really appreciate the severity of anorexia until they watched the programme. They didn’t get how it was a real life or death issue.”

Having watched the documentary you could be forgiven for thinking that the St Ann’s staff struggle to hold onto hope, but this is far from the truth. “The staff hold the hope when the patients don’t have any,” says Karen. “There is definitely hope, I wouldn’t be doing this if I didn’t think there was hope.”

And it appears that the work for mental health staff is extremely rewarding. “When you start to see changes and you can see that the patients themselves are starting to feel hopeful, that’s really rewarding,” says Dr Townend. “We have a wall plastered with thank you cards. Part of working with eating disorders is understanding that it is cyclical, many people will need to come back into hospital. But when people come out the other end they are grateful for the help they received.”

That doesn’t mean that treating anorexia is easy. Often the very nature of the illness makes it hard to treat inside a hospital.

“Often people do have issues around control and restricting their eating and using their eating to manage a really difficult situation. If they’re under a lot of stress and feeling like they’re not managing, not eating is the ultimate way of having control. It’s the one thing you can control when you feel your surroundings are out of control,” says Dr Townend.

This can make inpatient ward work challenging. ”When they come onto the ward, people with anorexia often feel they don’t have any control – especially when they are newly admitted. I think it’s part of why our patients struggle so much with being here. We’re making them do the one thing they don’t want to do – eat food. The ward has to be quite regimented because of the need to weight restore, there’s lots of snacks and meals and a group programme, which means that patients have to hand over some of their control to the hospital.”

Adding to the difficult journey of recovery is getting people help when perhaps they don’t want it. The use of the Mental Health Act in sectioning patients with anorexia is common but comes with its own difficulties. Dr Townend says: “It’s often hard to section people with anorexia because a lot of the time our patients are very articulate and will know what to say in order to avoid being sectioned. They’ll say yes of course I’ll gain weight – and then sometimes they won’t be sectioned. They can provide rationales for things, and get out of getting a section when actually they really need it.”

But once someone is on the ward as an inpatient at St Ann’s, they receive high quality care. Patients have access to many different types of therapy – CBT-ED, DBT and CRT. The trust is hot on improvement with continual upgrades to boost patient experience. They continually ask patients what they’d like more of and use patient feedback to implement changes on the ward.  The use of peer support is highly valued and there is a weekly  peer support group for those in the service.

Investing more in the community

With an average stay of four months, the treatment for anorexia on the ward is largely about medical stabilisation and weight restoration, along with engagement in the therapeutic programme.

For this reason, Dr Townend tells Mental Health Today that if there was anything she could invest more in it would be community care. “There needs to be a big input of additional funding to community treatment – treatment for anorexia should really happen in the community,” she says. ”Admissions should only occur when it’s an absolute medical necessity.  The government has recently provided an additional 30 million pounds for the development of community eating disorder services for children and young people and this should be matched with a commitment to funding more community services for adults with eating disorders.’

Despite the  difficulties in treating the mental health condition, Dr Townend thrives in her job. “We had some vacancies for nursing staff on the ward, and during the Louis Theroux programme we tweeted about the vacancies and   people got in contact about working with us. It’s a patient group that you can make a real difference with. You can see so much potential in these people and to help them with their recovery is the best reward.”