This article was first published in July 2016 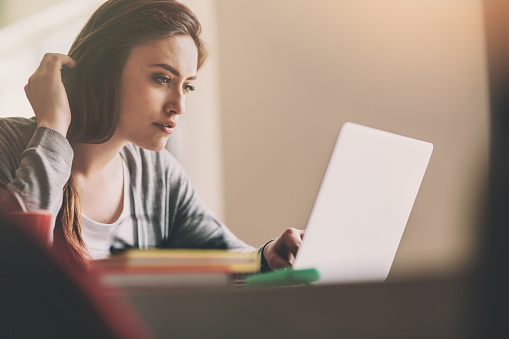 In 2015, an Ofcom investigation found that the amount of time spent on the internet by young people (aged 16-24) has almost trebled in a decade, jumping from 10 hours and 24 minutes per week in 2005 to 27 hours and 36 minutes by the end of 2014. Inevitably, this huge social change is having an effect on the mental health of young people.

In a bid to better understand the effects, Parent Zone, a schools and family support organisation, consulted schools and young people aged 13-20 about the issue. The research and subsequent report was prompted by growing concerns from schools about the impact of the internet on young people’s mental health.

An online survey was opened to schools and young people around the UK and 119 teachers and 220 young people responded. The survey was also distributed in schools and other youth settings in areas including London, Hull, Lincoln and Cheshire. Interviews also took place with school staff members such as school nurses. The views of 40 young people were also sought via focus groups.

Parent Zone’s resultant report ‘The Perfect Generation: is the internet undermining young people’s mental health’ was released in March. It tackles a number of key areas including how young people perceive the internet, the impact of the digital world on their mental health and their experiences of accessing support. It also considers the scale of the issue of mental health in schools and the role of the internet. “Many schools have expressed ongoing concerns about this issue for the past year or so,” says Rachel Rosen, lead researcher of the report and health editor at Parent Zone. “We found a huge appetite for discussing this from schools and were hit by an immediate wave of online responses. We found teenage girls were more comfortable discussing this than boys. They are willing to talk but there is also that hesitation. In the interests of safeguarding, the focus groups with young people concentrated on their general perceptions. The more personal and frank comments came via online responses.”

Young people’s mental health charity YoungMinds said Parent Zone’s findings tally with what it has heard from young people. Nick Harrop, media and campaigns manager at YoungMinds, said: “The online world offers positive social and emotional benefits but it also adds to the huge personal pressures they face. Social media puts enormous pressure on young people to live their lives in the public domain, to present a personal brand from a young age and to seek reassurance in the form of likes and shares. There is also a lot of pressure around body image. Young people tell us that they edit their own photos before they put them on Instagram to make themselves look perfect. Seeing all these perfect images of others can really damage self-esteem.”

Exposure to distressing content is another issue highlighted in Parent Zone’s research. Of those surveyed, 60% of young people said they had come across self-harm and suicide content online. Others highlighted regularly seeing graphic sexual and violent content on social media platforms such as Facebook. A number of young people also described coming across terrorist content. One young person said: “I saw an ISIS beheading video which made me feel scared and upset.” Another said: “You can see a lot of horrible things online, things that you don’t want to see and [these] can be triggering to some people’s issues.”

But the internet can also be a source of support. If they felt upset or had a problem, 34% of respondents said their first port of call would be a parent or carer, while 27% said they would speak to someone they trusted, but 27% also said their first step would be online help. If they required support, speaking to a parent or carer or someone they trusted was their preferred option. Meanwhile, 30% said they would use Google for information and advice, 28% would talk to friends online and the same amount would watch videos on YouTube or other sites.

Helplines were the least favoured option for young people requiring support, with just 4% saying they would call an information line for advice. One young person commented: “You look at a helpline and think that’s for someone else.”

Young people’s mental health and the pressure on schools

Among the school staff surveyed, there was a consensus that the state of young people’s mental health had worsened in recent times, with 91% saying they believed mental health problems among pupils are becoming more frequent, with 87% adding they are getting more severe. In addition, 95% of the schools surveyed said they deal with stress and anxiety among their pupils. Just under 70% said they deal with depression and 66% with pupils self-harming.

Inadequate resources for young people’s mental health was highlighted as a key concern for schools. Many described unsatisfactory experiences with child and adolescent mental health services (CAMHS). Some attributed this situation to services having insufficient resources. One school said it was looking at getting private counsellors in-house to address this.

One school nurse reflected on the CAMHS situation, saying: “Although their funding has been increased, there is nowhere near enough help. Unless a young person has a rope around their neck, they are not interested. Young people cannot access CAMHS. The best support available is online as the system via the NHS is drowning.”

About 73% of the schools surveyed had dealt with a pupil mental health issue that they feel was made worse by that pupil’s online activity. One school staff member gave an example of a pupil attempting suicide after researching how to do this online via microblogging platform Tumblr. “Before attempting to kill themselves, they posted pictures of the self-harm on social media [Twitter] for their friends to see. This is one of the many incidents that I have to deal with on a daily basis.”

But despite this, 84% of schools said they do not have adequate resources to deal with pupil mental health. One highlighted the impact of lack of funding for mental health support services for young people saying: “We have neither the capacity nor resources to cope, but we are the only service who sees the children regularly and we do our best. This is having a serious impact on the emotional wellbeing of the staff trying to help.”

However, with the lack of resources, the internet can provide much needed help: 46% of school staff that had dealt with a pupil mental health issue felt this was improved by the pupil’s online activity. One school reported the positive impact of signposting children to appropriate websites for support with issues such as domestic violence, self-harm and depression, saying: “Many children find that this type of help is very valuable.”

The schools identified ‘more services for young people’ as the change that would be most helpful. They also feel technology companies should be held to account more. One school nurse, said: “There are those that do not want content on the internet controlled but we’re paying a price for our young people’s mental health.”

YoungMinds feels building digital resilience in young people is key as it will help them to respond positively and deal with risks they encounter online. “Teachers, social workers and professionals working in CAMHS should be skilled up to understand young people’s experiences of the online world to help them build that resilience,” says Harrop. “We think digital resilience should be taught in every school and addressed as a conversation with young people. They are going to experience risks – no amount of safeguarding features or parental controls will keep them completely safe online. Resilience is important.” For more information on Parent Zone or to view the report, visit www.parentzone.org.uk

Julie Penfold is a freelance journalist