Writing fiction about mental illness represents a challenging and sensitive line of work that demands a significant leap of empathy. Author Anne Todd explains how she approached the task, ahead of publishing 'Joanna - the story of a psychopath'. 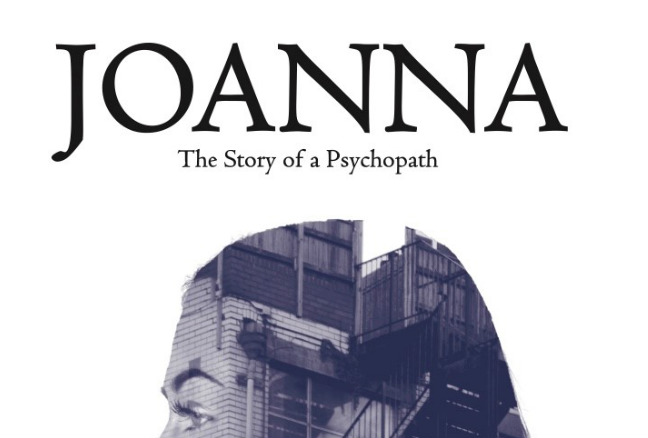 How does living with a psychopath affect a family? When I began to think about writing JOANNA - because there is a lot of thinking involved before a book is written - I was keen to show how a serial killer’s actions would affect her mother. [Editor's note:important to emphasise that psychopaths are not all violent offenders - the book's character is, however]. Psychopathy is an antiscocial behaviour disorder ] I am a mother, I know how often I blame myself for my children’s actions - so how would it feel if your child did something really bad?

"I had had a craniotomy, so I knew how controlled we are by our brains."

Before I could write, I needed to do some research. I began to read papers and books by neuroscientists (these are readily available online). I learned that psychopathy is a mental disorder, caused by an underdeveloped frontal lobe in the brain. I am a lay-person, but I understand a little about brains.

I had, a few years previously, had a craniotomy, so I knew how controlled we are by our brains. After surgery, due to the damage caused, I became very anxious. I knew, logically, that meeting my mother for coffee was not a dangerous event (even though her coffee is sometimes a bit rough!) but my brain controlled my physical responses. I could control my environment, but not my reactions to it. So even something simple, like coffee with my Mum, involved lots of prayer and Immodium.

Feelings which 'can't be learned'

I therefore understood, that a psychopath could not feel empathy, love or guilt. They weren’t choosing to ignore those feelings, they simply never experienced them. Nor could they be learned (though they could be copied). This would lead to a lack of fear, a desire for excitement, impetuous actions, and other behaviours. My problems were caused by brain damage, over time they improved. But psychopathy is a mental disorder that cannot be ‘cured’.

To understand psychopathy better, I found the US police tapes of convicted psychopaths, and listened to the interviews. I copied the speech patterns of psychopaths, learned how they thought, their motivations and reactions. At the same time, I was creating Joanna, a young psychopath.
I found two women who thought they were related to psychopaths (they had not been diagnosed, but they did portray many of the traits.) I listened to stories about their behaviour, what they were like as children, their relationships as adults.

Is someone unable to feel guilt doomed?

After several months, I felt I knew Joanna very well. I wrote her story, partly in the first person, so the reader could see her thoughts and feelings, learn what motivated her. The rest of the book explores how her actions affect her family, how difficult it was to raise her, the problems her disorder creates for those who love her.

Joanna is, frankly, horrible. While writing, I wondered, what are the spiritual implications of psychopathy? Is someone unable to feel guilt doomed? My research showed that most psychopaths are not criminals, they are often successful in business and politics; the traits of ruthlessness and lack of empathy, can also be strengths in certain situations.

I have since written Clara Oakes, a novel about a psychopath who manages to achieve amazing things due to her disorder. Psychopaths and their families will always face big challenges, a psychopath will be a nightmare to live with, and will never be able to return love or feel guilt. But we all make choices in life; whatever our state of mind, how we live is up to us.

JOANNA by Anne E Thompson, published by The Cobweb Press, is available from bookshops and from Amazon here.

Clara Oakes by Anne E. Thompson is due for release in 2018

Following my craniotomy, I wrote a dystopian novel, Counting Stars, and one of the characters depicts the struggles involved when recovering from brain surgery. This is also available from Amazon.

You can read more of my writing and my weekly blog at: anneethompson.com