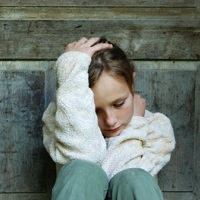 Nine out of 10 frontline professionals say children’s mental health has become worse, or remained persistently bleak over the past year, new figures have revealed.

In addition, there has been an increase in the number of children and young people self-harming, according to the report, The eleventh hour: are children and families being helped too late? by charity Action for Children. Nearly a quarter (23%) of the charity’s managers who responded to a survey for the report said they have seen greater need for support with this issue.

The charity is concerned that the country is “sleepwalking” to a crisis in children’s mental health and wants local authorities to provide early support for these children, devoting more attention to warning signs and pressures contributing to problems with emotional wellbeing.

Action for Children has 650 services and works with more than 300,000 children, young people and carers each year. In addition, the charity is concerned the pressures faced by parents, such as job loss and debt, are having a detrimental impact on families; 56% of the charity’s services reported a rise in parental depression in the past year.

Action for Children’s chief executive, Sir Tony Hawkhead, said: “As a society, we are sleepwalking towards a precipice when it comes to child mental health and the time to wake up is now. Emotional wellbeing is fundamental to every stage in a child’s life – from starting school to entering adulthood – and services must devote everything they can to ensuring families receive support early, to avoid crisis.

“The Government has recently recognised that more attention needs to be paid to children’s mental health, but has yet to present any detailed plan to tackle the issue. It doesn’t have to cost more. We are calling on the Government to move more existing funding to early help. It is not about significant increases, but smarter spending.”

Ensuring the availability and effective promotion of services such as children’s centres would also help, as families can receive support to address emerging problems without fear of stigma.

Read the complete report at www.actionforchildren.org.uk/media/9663726/redbooklight_11_spreads_lores.pdf