This article was first published in September 2016 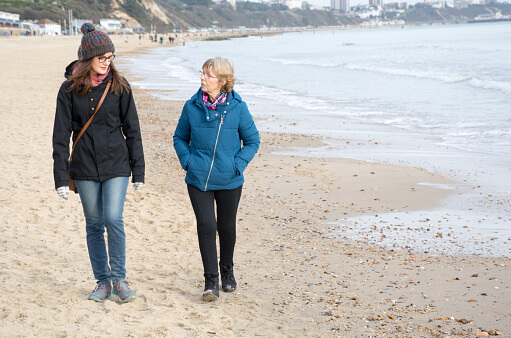 In 2014, the government set aside £133 million to improve support for young people aged 16-24 with a learning disability. This promised support aimed to help learners with high needs to move smoothly from school and college life to the working world and becoming an adult. The resultant legislation – the Children and Families Act 2014 (part three) – made a commitment to address issues such as transition arrangements and the way in which education and health and social care agencies worked together. Yet two years on, Ofsted says access to training and developing skills for employment can be patchy and ineffective. And, for many families, getting access to the best place for their child involves a battle with local authorities. Also, some education and health and social providers are still not working well together to offer the best training for young people with learning disabilities.

For its ‘Moving Forwards’ report, Ofsted inspectors visited 17 providers in England and sought the views of more than 1,600 young people. Inspectors were particularly interested in how well learners’ needs were assessed as they moved from school to a further education provider and the quality of the provision supporting their progress to adult life. Additionally, Ofsted wanted to get an accurate understanding of the quality and accessibility of the information about local authorities’ local offers to young people and their parents.

The regulator found only three providers gave high quality support – eight were judged inadequate. Additionally, of 20 local authority websites, 16 failed to give enough detailed information. Many were criticised for taking the easy option for them, not for learners. They found many high needs learners have struggled as a result of this. Ofsted’s report, published in March, concluded that providers, local authorities and the Department for Education should monitor and evaluate learner participation and destination data. It also recommended clarifying performance measures for providers and local authorities so the effectiveness of provisions in preparing young people with high needs for adult life can be evaluated. It further recommended that a national set of data detailing learners’ sustained destinations would enable the impact of provision and of the 2014 legislation to be measured and evaluated.

In response, the Department for Education said: “These are the biggest reforms to these services in a generation and are still in the very early stages.” But the department did welcome Ofsted’s report and will adopt one of the key findings – to start gathering national data on where learners move onto following their further education and employment training experiences.

National Star College in Cheltenham, Gloucestershire, was singled out in Ofsted’s report as one of the best providers that works particularly well with outside agencies. For National Star, Ofsted’s inconsistency findings come as no surprise. They mirror the college’s own findings as part of a 2012 survey they carried out to get a better understanding of the issues families are facing. More than 1,600 families with teenage children with learning disabilities completed the survey.

They found the issues that families were facing were far worse and more widespread than the college anticipated. For instance, 30% of parents were actively discouraged or stopped from finding out about or accessing independent specialist colleges, 87% were not being given information on further education options not run by their local authority, 87% did not know how their local authority would decide on which placement for their children, and 63% said they did not know how to find out about their local offer.

Lack of information, choice and transparency are issues that are constantly talked about, says Kathryn Rudd, National Star College’s principal and chair of the Association of National Specialist Colleges (Natspec).

“Some local authorities have no idea and the reality is many young people and their families just do not receive the information they need about provisions,” says Rudd. “There’s a real mixed picture of support nationally and Ofsted’s findings really demonstrate the ongoing issues. I’m really concerned that there is a generation of young people that are missing out on getting the right support to reach their potential.”

National Star was praised in Ofsted’s report for the “exceptional links” they have with energy provider EDF Energy in Gloucester, which enables them to offer their learners supported internships. Support is provided to learners via the college and the company.

Volunteers are chosen from the EDF workforce to be job buddies to the interns and receive training and guidance from EDF and the college. A college tutor is permanently based on site to provide additional support to the student interns.

Various roles in the organisation are open to learners as part of the Steps into Work supported internship programme. The type of role they undertake is led by what the young person wants to do. Intern positions are available in administration, IT support, maintenance and catering. In addition to workplace activities, the interns also receive classroom-based tuition and work towards relevant qualifications.

Ofsted highlighted how: “All learners could describe the skills they had developed as a result of the experience and how they themselves had changed. They were very positive about the organisation as an employer and felt that staff listened to them and looked at the person and not the disability.”

Interns attend four days a week as part of their one-year internship (based on an academic year) and see themselves as employees of EDF. Now in its third year of working with EDF, some of National Star’s learners have gone on to take up paid positions within the company. In the first year, four interns were offered paid employment and a further two learners received job offers in 2015. Two more will be offered paid positions this year.

“We have found that transition to employment works well when moving on from a supported internship,” says Davina Jones, head of business development at National Star. “We have students working in project teams, human resources, marketing and communications at EDF. The interns gradually acquire more skills over the course of the programme ready to move into a customised role.

“EDF has created a very specific internship role for one of our learners around dismantling computer equipment and keeping a record of where the equipment was sourced and where it goes onto. That role has become so important for the company that they have since offered a paid position to the young person to continue in that role.”

Another organisation, Lincolnshire-based The Linkage Trust, has also found success in helping more than 50 young people into supported employment in recent years. Linkage Trust provides employability coaching and work experience during college life and works with a number of local and national companies including Sainsbury’s, Tesco, Pizza Hut, Age UK, Peacocks and the Co-operative.

The trust also operates commercial enterprises of its own including three cafes, which provide students with hands-on experience to develop their customer service skills. Some of the successful paid employment outcomes for the trust include Jodi Shuttleworth, who recently celebrated his 20th year working for Sainsbury’s in a retail role. Additionally, Helen Fox benefited from work experience as a Linkage College student and now has a paid role at clothing chain Peacocks. ‘Well-planned’ study programme.

Another example highlighted in Ofsted’s report was Sheffield City Council’s Lifelong Learning and Skills service, which collaborates with local partners including schools, colleges and young people’s employment support charity, Sheffield Futures. Ofsted commended its “well-planned study programmes” for learners with high needs, which include emotional and behavioural disorders and profound and multiple learning disabilities. Each learner’s potential, their individual support needs and barriers to progression were considered when planning the service’s study programmes, the report said.

Depending on their study programme route, learner outcomes can include moving into further education, vocational training or developing practical and social skills to support their transition to adult life.

In the past few months, the service has been developing a supported internship local offer in addition to the study programmes. Seven young people will soon start work placements in areas including engineering, a call centre and in one of the city’s museums. The service is aiming for the interns to move into paid employment over the next year.

But what needs to change to improve nationwide access to training and skills support for young people with high needs? Dee Desgranges, assistant director at the service, said the focus should be on partnership working and utilising each organisation’s strengths and expertise. “What would make a real difference is a genuine funding change where the funding follows the learner,” she says. “There needs to be flexibility with funding regimes to enable that to happen.”

Desgranges also feels one of the unintended consequences of the legislation is that provisions in education are only available to young people up to the age of 25. “It is about building outcomes towards adulthood that are achieved at the appropriate age of the young person. We don’t want to create another cliff edge at 25,” she warns.

Julie Penfold is a freelance journalist