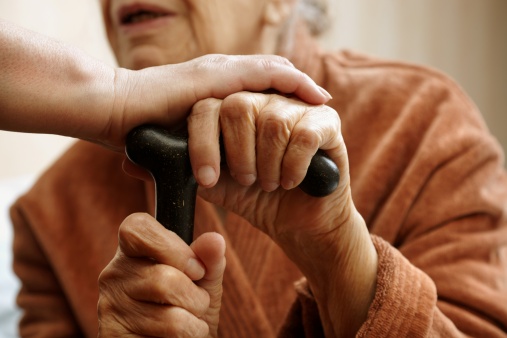 More than 180,000 people with dementia feel trapped in their own homes according to a major new report from the Alzheimer's Society.

Figures compiled from interviews with 510 dementia patients and their carers for 'Building dementia-friendly communities: A priority for everyone' suggest that one in three people with dementia only leave their homes once a week and one in 10 get out just once a month.

Jeremy Hughes, Chief Executive of the Alzheimer's Society said: "It's shocking and saddening that so many people with dementia feel trapped and cut off from everyday local life. It's encouraging to see some communities have started on their journey of change but it needs to be a priority for everyone to act now. It's vital we empower people with dementia and their carers.

"By committing to change, communities can give people with dementia the confidence to be part of local life and stay independent for longer. It's vital that people sign up to the recognition process to kick-start this movement and help change attitudes and behaviour."

Commenting on the findings, Health Secretay Jeremy Hunt said: "The dementia timebomb is one of the most pressing challenges this country faces in the years ahead. We have made real progress in starting to tackle this challenge, with over £50 million going towards dementia friendly health and care environments, and the first ever G8 Dementia Research Summit to be held in December this year.

"But this report makes clear that we need to go further and faster to change attitudes and build awareness in our communities. This government is backing communities to give people with dementia all the help and support they need to live well with this illness."

For the first time, an economic analysis commissioned by the charity shows that Dementia Friendly Communities (DFCs) could save £11,000 per person per year by helping people with dementia to remain independent, stay out of care for longer and have a better quality of life.

The Society has also produced a checklist of the 10 areas communities can focus on to work towards becoming 'dementia-friendly' - click here to find out more about the DFCs programme.