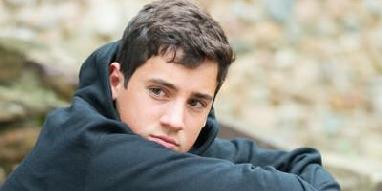 Lonelier young adults were more than twice as likely to have mental health problems such as anxiety and depression, and to have self-harmed or attempted suicide.

They were also more likely to have seen their GP or a counsellor for mental health problems in the past year.

In addition, lonelier young adults were more likely to be out of work and education and were less confident about their career prospects. One in five people in the loneliest 10% of the sample were not in education, employment or training, compared to one in ten non-lonely young people.

Dr Timothy Matthews from the Institute of Psychiatry, Psychology & Neuroscience (IoPPN) at King’s College London said: “Our findings suggest that if someone tells their GP or a friend that they feel lonely, that could be a red flag that they're struggling in a range of other areas in life.

‘There are lots of community initiatives to try and encourage people to get together and take part in shared activities. However, it's important to remember that some people can feel lonely in a crowd, and the most effective interventions to reduce loneliness involve counselling to help individuals tackle negative patterns of thinking.”

Senior author Professor Louise Arseneault from the IoPPN said: “It's important that we become comfortable talking about loneliness as a society. People are often reluctant to admit that they feel lonely, because there is still a stigma attached to it. That in itself can be profoundly isolating.”