Ruth Holt, co-author of Schema Therapy for Children and Adolescents, spoke to Mental Health Today about the pioneering use of schema therapy for young patients, and explained why it has become an increasingly popular style of psychotherapy.

One enduring metaphor for the psyche has been the city of Rome – it goes that the mind is comparable to the memory of that ancient city, and is alike the reconstructed columns that jut into the modern, or the pagan temples that have been rededicated to more up-to-date idols.

The message being that the ruins of our history are interactively layered – the foundations structurally co-exist with our current – determining our present. Continuing this approach to psychotherapy, a new book Schema Therapy for Children and Adolescents sets out the use of schema therapy as a tool to deconstruct and analyse our beliefs and behaviours, and therefore make them both malleable.

What is schema therapy?

Early maladaptive schemas are consistent patterns or beliefs, that are formed through negative childhood experiences of unmet needs – for example: failure, pessimism, entitlement, and dependence. Inevitably these maladaptive schemas produce coping styles to bear or subsume them. That are categorised into overcompensation, surrendering, and avoidance.

Modes on the other hand are an overarching behavioural state at a given moment, they are the operation of schemas and any associated coping styles. For the purpose of treating children, modes are categorised into four types:

It is evident therefore that schema therapy, due to its dual-layered structure, cannot be accused of being therapeutically superficial. For rather than focusing solely on behavioural management - schema therapy focuses on the important whys of behaviour - through archaeologically sourcing behaviours back to their early years foundations.

Kevin a 6-year-old had been refusing to attend school for the past five months and had been verbally and physically aggressive to his mother and fellow students. During his assessment it was deduced that he was displaying multiple schemas (shame, entitlement, abandonment, and mistrust), and a resulting coping style (avoidance).

This process of identification was explained by Ruth who said that:

“What we are looking at in schema therapy is… the function of these behaviours, and what is the need underneath the experience that we are seeing in the room. And as we do that work, we are trying to help and equip not just the children but also the parents to address those needs more effectively.”

Play therapy has long been an essential medium in children’s psychotherapy, and is especially integral to this form of schema therapy: “You want to speak the language that’s the easiest language for children to speak - and play is actually their first, even before English or any native language… without having a high level of verbal facility they can still express things – even unconscious things, that they don’t have words for.”

For Kevin play therapy took the form of mode work with finger puppets - these puppets became a way for him to access his avoided emotions (modes), identify with them, and role play better approaches to situations to alleviate his maladaptive schemas.

Interestingly Kevin’s schemas were intergenerationally related to his mother’s (emotional deprivation and shame) - as Ruth explained, “what we can do is go multigenerational looking at the schemas that may have developed through the parents and the grandparents that are now coming into play for the child.”

Why use this style of therapy?

This form of therapy originated in the treatment of borderline personality disorders, and consequentially far from its application in the case study above.

Intriguingly because of that, and the multitude of other established therapies, several questions are raised – why now? What is the importance of this style of therapy for children? Is this therapy an answer to some oversight? Does this psychotherapy pathologize juvenile behaviour? And what are its limitations?

Firstly I asked Ruth, does this style of therapy pathologize children?

Ruth answered, “I don’t think it is pathologizing. And in fact I think one of the really important thing underpinning schema therapy is when people are presented with problems, with behavioural problems, or children who are anxious – what we are looking at as schema therapists is how did those behaviours develop, what are the needs underneath those behaviours. They are very normal needs that we all have.”

Secondly, what is the importance of this therapy?

Ruth explained, “it really focuses on children who may feel defective and may have many negative automatic thoughts related to that. Thinking back and connecting them back to experiences that have actually given birth to that defective schema. When we go back to those experiences and do imagery rescripting or the emotion focused processing work… the thinking is to undo the power of that original learning.”

Thirdly, why use this therapy over the more traditional cognitive behavioural therapy (CBT)?

“[Schema therapy] is a therapy designed to be quite creative and innovative, and for people perhaps who aren’t comfortable with for example with CBT - which is the more traditional therapy that would be used for children.”

Understandably resistance is still feature of this therapy, not necessarily only for the children involved but also for the parents - as the parent’s schemas (as with Kevin) are part of the holistic style of analysis for mental landscapes - Ruth said that: “For a lot of parents… it can be quite shameful to bring a child to therapy because they feel that it is a failure of them as a parent, or they may think that their divorce is causing their child to act.”

“Parents are quick to feel guilty and quick to feel blamed, and that’s a big part of early therapy, that you want to build a relationship with the entire family and understand what the barriers are.”

But evidently this therapy is successful: “I see people who come into training that say that ‘there is a group of clients that I get stuck with, and I can’t work out how to work with them’ - the shift for them when they learn schema therapy is quite powerful. So, I hear very often people saying that with schema therapy they are getting results that they haven’t got before - and clients really like schema therapy, their books get full.”

Along a similar thread, the application of schema therapy to young people does however seem to be in its infancy (and therefore arguably innovative), as Ruth explained: “We haven’t got to the point of having any randomised control trials yet, or any large studies, there have been some single case studies… Certainly we find that therapists and clinicians are really excited [about] how schema therapy has been impactful for their clients - so there is a lot of anecdotal and clinical evidence for it. But certainly, we need to move towards having a more traditional evidence.” 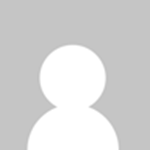