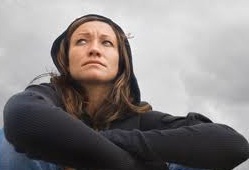 American researchers have suggested that the number of people getting depressed when it’s cold and dreary outside may not be as high as previously.

The team from Oregon State University found that neither time of year nor weather conditions influenced depressive symptoms.

Lead author David Kerr said this study does not negate the existence of clinically diagnosed seasonal affective disorder, also known as SAD, but instead shows that people may be overestimating the impact that seasons have on depression in the general population.

“It is clear from prior research that SAD exists,” Kerr said. “But our research suggests that what we often think of as the winter blues does not affect people nearly as much as we may think.”

Kerr, who is an assistant professor in the School of Psychological Science added that the majority of previous studies of seasonal depression ask focused on asking people to look back on their feelings over time.

By contrast, for their study, the OSU researchers considered data from a sample of 556 community participants in Iowa and 206 people in western Oregon. Participants completed self-report measures of depressive symptoms multiple times over a period of years. These data were then compared with local weather conditions, including sunlight intensity, during the time participants filled out the reports.

In one study, 92% of Americans reported seasonal changes in mood and behavior, and 27% reported such changes were a problem. Yet the study suggests that people may be overestimating the impact of wintery skies.

Kerr believes the public may have overestimated the power of the winter blues for a few reasons. These may include awareness of SAD, the high prevalence of depression in general, and a legitimate dislike of winter weather.

"We may not have as much fun, we can feel cooped up and we may be less active in the winter,” Kerr said. "But that’s not the same as long-lasting sadness, hopelessness, and problems with appetite and sleep – real signs of a clinical depression."

"Fortunately, there are many effective treatments for depression, whether or not it is seasonal,” he said. "Cognitive behavior therapy stands out because it has been shown to keep SAD from returning the next year."