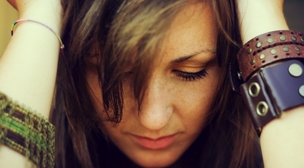 Worrying restrictions in access to health-based places of safety for young people experiencing a mental health crisis have been revealed by a new map developed by the Care Quality Commission (CQC).

The map – which draws on a CQC survey of mental health providers earlier this year – shows the locations of all 161 health-based places of safety in England and gives details of opening times, the areas they serve, their capacity and the age groups they accept.

It shows that North Essex Partnership University NHS Foundation Trust provides the only dedicated NHS ‘place of safety’ unit for young people in the country.

By law anyone detained by the police under Section 136 of the Mental Health Act must be taken immediately to a ‘health-based’ safe place where a mental health assessment can be undertaken.

Police custody used in half of Section 136 cases
People should only be taken to a police station in exceptional circumstances. But figures supplied to the CQC by the Association of Chief Police Officers estimated that, in 2012/13, nearly half of all young people under the age of 18 detained under Section 136 were taken to police custody.

Dr Paul Lelliott, deputy chief inspector of hospitals and lead for mental health at the CQC, said; “We are particularly worried about the number of young people affected by this and the fact that so many areas are not served by a health based place of safety that will accept a young person who is experiencing a mental health crisis.

"The Mental Health Crisis Care Concordat states that a local health-based place of safety should be available for young people who are in crisis. Young people should be able to use this facility even if it is attached to an adult ward. We are calling on those providers that restrict access to health-based places of safety for young people to review their local protocols and to ensure that appropriate arrangements are in place."

Further reading: Crisis Care Concordat promises much – but needs funding to back it up

Some of the most common reasons given in the report for the use of police custody related to the unavailability of health-based places of safety because there were not enough staff or beds.

Sophie Corlett, director of external relations at mental health charity Mind, said: "The CQC’s map reveals for the first time just how varied access to health-based places of safety is in England. While some areas seem well-served, it is shameful that elsewhere entire counties have capacity for only one person at a time. No wonder a third of people detained under Section 136 of the Mental Health Act end up in a police cell. This is a wake-up call for clinical commissioning groups, who urgently need to look at whether the services they provide are sufficient to ensure people get the help they need in an appropriate environment."

Seven NHS mental health trusts and two community interest companies restrict access for young people aged 16-17 at all of their places of safety.

Home Secretary Theresa May concluded: "The CQC’s findings are significant. It is not acceptable for any local area to lack a health-based place of safety. As I have made clear, people detained under the Mental Health Act should not be held in police cells. The best place for people suffering a mental health crisis is a proper healthcare setting.

"I have made it a priority to improve the way people with mental health issues – including under-18s – are treated when they come into contact with the police. The Secretary of State for Health and I expect the findings of this report to be acted upon quickly."

A full report on the findings of the survey will be published in the summer once full analysis of the results is complete. The survey is one of CQC’s commitments under the Mental Health Crisis Care Concordat.
email this article
Tags:
...