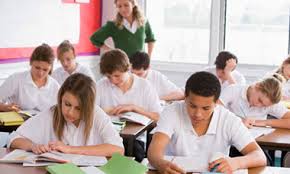 Mental training that develops sustained attention to change the ways people think, act and feel could also reduce symptoms of stress and depression and promote wellbeing among schoolchildren, according to a new study.

Research into mindfulness led by the University of Exeter (UoE) showed that interventions to reduce stress in children had the biggest impact during the recent summer exam season.

For the study, led by UoE's Professor Willem Kuyken in association with the Universities of Oxford and Cambridge and the Mindfulness in Schools Project (MiSP), 256 pupils aged 12-16 years were taught a 9-week introduction to mindfulness designed for the classroom, with another 266 acting as a control group.

"This is potentially a very important finding, given that low-grade depressive symptoms can impair a child’s performance at school, and are also a risk factor for developing adolescent and adult depression."

Continued use of mindfulness practices
About 80% of the young people taught the curriculum said they continued using practices taught in MiSP’s mindfulness lessons after completing the 9-week programme. Teachers and schools also rated the curriculum as worthwhile and very enjoyable to learn and teach.

The curriculum’s co-creator, Richard Burnett, said the next step is to carry out a randomised controlled trial into the MiSP curriculum, involving more schools, pupils and longer follow-ups.