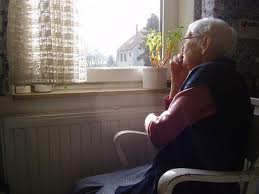 More than 100,000 people with dementia who live on their own are lonely, a new report by the Alzheimer’s Society has found.

The Alzheimer’s Society is calling on commissioners to ensure appropriate support services are available, while urging people and organisations to play their part in helping ensure their communities are dementia friendly.

Stark truth of dementia
Jeremy Hughes, chief executive of Alzheimer’s Society, said: “This report reveals the stark truth that too many people with dementia, especially the thousands who live alone, are truly isolated. We need to put a stop to this epidemic of loneliness, not only to improve quality of life but also to save thousands from reaching crisis point and being admitted to hospital unnecessarily or care homes early.

“The Prime Minister’s Challenge has put dementia in the spotlight. However, the reality is that many people still feel disconnected from society. It’s time for all of us to play a part in helping people with dementia live well with the condition.”