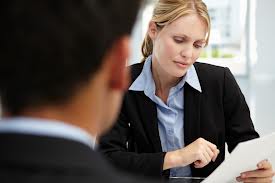 A support programme in Nottinghamshire has helped to significantly enhance the employment prospects of people with severe mental illness in the area.

A study by researchers at The University of Nottingham found that the Individual Placement and Support (IPS) approach alongside tailored work-focused psycho-social support has delivered an overall employment rate of 57% for patients in the county living with a range of serious mental health conditions.

This compares to just 12% achieved by strategies currently employed by local healthcare trusts and 3% through Government back-to-work schemes.

The implementation and evaluation study was led by Professor Justine Schneider and funded by the National Institute for Health Research Collaboration for Leadership in Applied Health Research and Care Nottinghamshire, Derbyshire and Lincolnshire.

Professor Schneider said: “IPS works in Nottingham, helping more than half of young people with mental health problems towards employment. Now commissioners need to invest in the IPS approach as one of the few non-medical interventions that are known to work for this group.”

In the UK, of the 500,000 people with a mental health condition, just 20,000 are estimated to be in employment. However, research has shown that socially, psychologically and economically, having a paid job is beneficial to people living with mental health problems.

Commissioners in the UK face a challenge to increase employment opportunities for people with mental health disorders both to assist in their personal recovery and to help meet NHS and social care targets. The research aimed to build on substantial knowledge about how to achieve this from other countries which has yet to be widely implemented in the UK.

The study involved developing and implementing IPS in community mental health teams (CMHTs) and early intervention psychosis (EIP) teams in Nottingham. It will go on to compare the outcomes for service users who received IPS with those who also received additional tailored work-focused, psycho-social support to explore whether this increases the rate of employment even further.

They found that more than half of those who received the IPS and additional support — 42 out of 74 — were successful in achieving a vocational aim. From that group, 23 (31%) started a new job, 11 (15%) achieved voluntary work and eight (11%) began studying for a long-term professional qualification.

“It’s fair to say that the service users involved in this study were already highly-motivated to work," added Prof Schneider. "However, given that these are largely young people aged between 18 to 35 with little or no work experience and a serious stigmatised mental illness, these are encouraging results, consistent with what has been found in Canada and the USA."

IPS focuses on achieving paid work in the ‘real world’ rather than sheltered employment or lengthy job preparation. Employment specialists within mental health agencies work directly with clients with mental health disorders to explore jobs that they are interested in doing and then provide support, coaching, CV development, interview training and on-the-job support.

Erica Bore, a vocational specialist in the EIP team at Nottinghamshire Healthcare NHS Trust, said: “IPS made a real difference to the clients within our EIP service.

"By having a non-clinical member of staff based with the team and having a pure focus on employment, clients’ employment aspirations were placed highly on the team’s agenda. Clients actively engaged with the employment specialists and positive results were seen by all involved. It was a real shame when IPS was no longer able to be sustained within the team due to staff costs. IPS would be welcomed back into our EIP team without question."

The final analysis of the project, which is still to be completed, may also indicate that this is a more cost-effective way of getting people into work, which is even more important because the participants are drawn from a population who under normal circumstances would not be expected to be in employment.