Fitness can help to improve your mental health, for National Fitness Day read the ins and outs from Anthony Nolan, the blood cancer charity 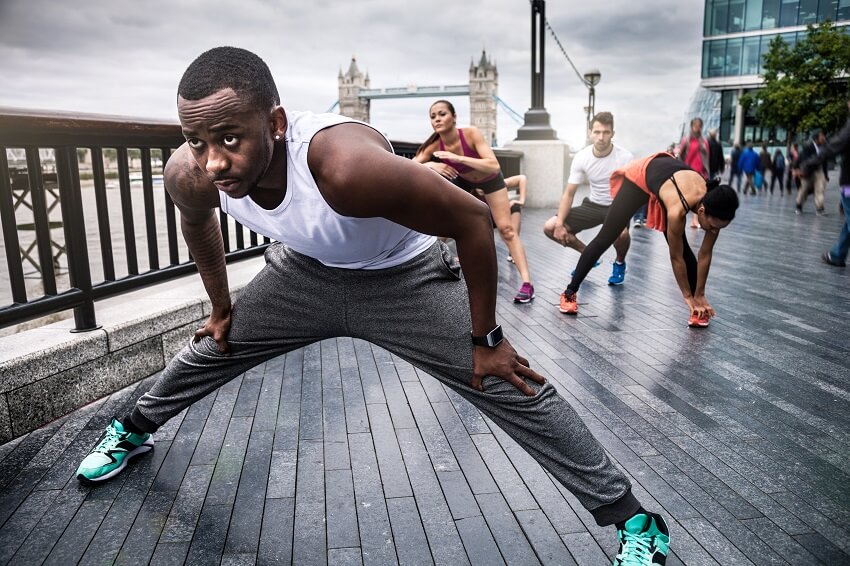 It’s estimated that by 2030 there will be approximately two million more adults in the UK with mental health problems than there were in 2013, if current rates of mental illness stay the same.

There are a variety of reasons for a potential rise in mental health problems, but one factor could be down to our modern day lifestyles.

In the past, we had to be more active to live our everyday lives. But now in modern societies so much of what we do is done or assisted by machines.

We walk less, we drive cars, and increasingly the things we need to do during a typical day can be done by just tapping a screen. For many of us, our working day is spent sat at a desk, using a computer.

Anthony Nolan, the blood cancer charity, has taken a look at the ways fitness can help to improve your mental health. For people going through a difficult time, or who just want a way to relax and re-energise, here are  seven examples of how exercise can support your mood, wellbeing and mental health.

According to findings from the Royal College of Psychiatrists, if you keep active you are less likely to experience symptoms of depression. The reason for this is because exercise has a certain effect on chemicals in our brains, such as dopamine and serotonin, which affect both your mood and thinking. Just by adding a bit more physical activity into your daily life, you can create new activity patterns in the brain which can boost your mood. But take it at your own pace, and don’t attempt difficult new exercises straight away.

Frequent exercise can help people with anxiety to be less likely to panic when they experience ‘fight-or-flight’ sensations. This is because the human body produces many of the same physical reactions, including heavy perspiration (sweating) and increased heart rate, in response to exercise. A study has shown that over a two-week exercise programme, a test group of 60 people who took part in exercises showed significant improvements in anxiety sensitivity compared to a control group.

Stress doesn’t just affect your brain, with its many nerve connections, it also has an impact on the way you feel physically. This can cause muscle tension, especially in your face, neck and shoulders.

But research by the Anxiety and Depression Association of America (ADAA) shows that physical activity is helpful when stress has depleted your energy – because exercise produces endorphins that act as a natural painkiller. And these endorphins help relieve tension in the body and relax muscles, which can alleviate stress.

Although the exact cause of ADHD is unknown, research suggests that exercise can have a similar effect on the brain as medication for ADHD does. This is because exercise releases chemicals in the brain such as norepinephrine, serotonin and dopamine, which help to improve focus and attention. And physical activity can help to improve mood, concentration and motivation – all of which help to reduce symptoms of ADHD.

Activities such as sailing, hiking, mountain biking and rock climbing* have particularly been shown to alleviate the effects of PTSD and trauma. By focusing on your body and how it feels when exercising, you can help your nervous system become 'unstuck', so that it moves out of the immobilisation stress response that can create PTSD or trauma.

As well as improving our concentration, physical activity can also help age-related memory problems. A study found that people in their 70s who participated in more physical exercise, such as walking several times a week, experienced fewer signs of ageing in the brain than those who were less physically active.

Have you dusted off those trainers yet? If you want to challenge yourself while keeping fit, why not sign up for an active event with Anthony Nolan. You can cycle, run, dance or walk your way to better fitness and mental health, all while raising funds for an amazing cause.