One month on from Grenfell Tower, vital psychosocial support continues to be provided by The Red Cross. 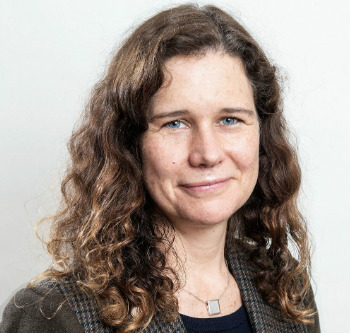 “The tower itself, still visible across large areas of north and west London, is the one thing we can’t do anything about,” Dr Sarah Davidson, the Red Cross’s head of psychosocial support, tells Mental Health Today. “It’s ominous, terrifying and a permanent reminder of what happened.”

We’re speaking a month on from the blaze. At the time of writing 80 people have been confirmed dead but the death toll will rise. Post-traumatic stress disorder (PTSD) doesn’t take root for six weeks and some may begin to experience it a fortnight from now.

The Red Cross arrived within hours. Initially it was volunteers providing physical support and resources, but a psychosocial support force of volunteers headed up by Dr Davidson were next on the scene.

“It’s been about more than mitigating against the risk of PTSD; it’s been about enabling coping,” Dr Davidson emphasises. “The Central North West London Mental Health Trust has received a record number of calls. This is a good thing. We would much rather people asked for support than didn’t - and we know that some people don’t.”

The Red Cross’s approach recognises that trauma is just one of a range of responses that might be being felt following a disaster. “At this stage, the terror of going back, fear of alarms, unease during the heatwave the UK experienced in June… these are all normal things for people to be feeling. We are depathologising and destigmatising people’s responses. We are letting people know that it’s their normal responses to an extremely traumatic event.”

“It’s not counselling that we’re doing. Asking people to recount experiences of the event at this stage would be really harmful. We are bearing witness, being there alongside people when they’re searching for loved ones, friends and understanding. If children are regressing developmentally – finding it difficult to eat/sleep etc – again that’s a normal response to disasters and we’re letting people know that.”

A minority, those living with pre-existing mental health needs who have found things intolerable, do need to be referred on to The Trust. Those who have experienced unresolved trauma earlier in their life, for example. The majority are receiving psychological support directly from the charity however.

The Red Cross have been providing psychosocial support at home and abroad under contract from the Foreign and Commonwealth Office since the Asian Tsunami of 2004. It developed a new framework in the intervening years called CALMER: C – Considering needs; A – Acknowledging diversity; L – Listening and empathy; M – Managing situations with dignity and respect; E – enabling and respecting confidentiality; R – resources provision.

At Grenfell to date, over 1000 Red Cross volunteers have deployed CALMER psychosocial support to at least 1,727 affected individuals. 1,321 of these received support after registering at the Westway Sports Centre, established as the primary place of refuge for tower block residents and the local community. Others have been harder to reach. “They’re an extremely diverse group and they’ve been marginalised. Events that inspire lots of questioning and blame make things challenging.”

The anger and distrust members of the local Asian and Black community feel towards Kensington and Chelsea Council has been widely reported. The first victim named was a Syrian refugee. When people lose trust in groups that should be there to support them, this can spread though association and people can choose to isolate themselves.

The United Nations advocate a multi-agency response to disaster that The Red Cross generally subscribe to – but there have been instances in the aftermath to Grenfell where survivors would not have welcomed this. Since the fire, there’s been some outreach work done where it’s been just The Red Cross and The Central North West London Mental Health Trust. There’s also been some where it’s just been the Red Cross.

“The Red Cross support line – 0800 4589 472 – represents a valuable support channel for people to get support without being known,” Dr Davidson says. “We’ve also created safe spaces at mosques and churches – without other agencies – to make sure we reach everyone with needs."

Tensions remain high. Dr Davidson mentions she’s witnessed angry scenes where survivors have encountered tragedy tourists ‘taking selfies’ besides the ashen tower. Survivors are indebted to strangers that have provided support however. And there have been thousands who’ve given of themselves to support the survivors of the inferno and the bereaved.

Dr Davidson’s advice for people reading this that want to be involved in disaster relief support in the future is to think about which types of organisations you’d like to work for in advance of a crisis occurring. The earlier people enlist themselves as volunteers the more time there is for training to be provided and principles to be instilled.

People can donate to the British Red Cross London Fire Relief Fund by visiting www.redcross.org.uk/londonfire or calling 0300 023 0827. All money raised will support those who have been left injured, bereaved or homeless by this disaster.