The government minister for disability has conceded that benefits assessors come up short when it comes to evaluating capacity among individuals with mental health needs.

MP Penny Mourdant told an audience of 100 disabled people, charities and media outlets including Mental Health Today that if re-elected a Conservative Government would want to “redesign the assessment process along healthcare lines”.

“We have said we will legislate to reform the work capability assessment. It treats people as a sausage factory, rather than as individuals,” Mrs Mourdant said.

“We need to learn from healthcare, which has really good pathways and [staff who] understand the psychological journey that [each] person is on.”

Mrs Mourdant was speaking at the only cross-party disability event ahead of next week’s general election, staged by charities including Rethink Mental Illness, Mencap and Leonard Cheshire Disability.

The MP for Portsmouth North has been disability minister for ten months and expressed dissatisfaction yesterday with some of the policy and process she inherited, including the retesting of people with life-long conditions. 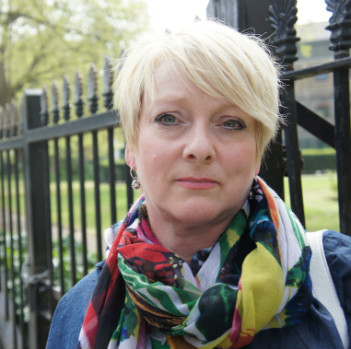 Questions from the audience largely focused on physical health. However Denise Martin (pictured), a mental health nurse living with mental health conditions, asked whether the minister “thought it right” that she was capacity-assessed for both Personal Independence Payments (PIP) and Employment Support Allowance (ESA) within one year – and that on both occasions the assessor had no awareness of her conditions.

“I think ministers are wasting their time if they pat themselves on the back,” Mrs Mourdant said during the panel debate.

“There are things we can do prior to new legislation to bring PIP and ESA together, hiding the wires if you like, so the assessments are still legal but so people are having much better experiences.”

The other panelists were MP Kate Green, representing Labour, and Baroness Brinton, Chair of the Liberal Democrats.