New Panorama footage showed psychological abuse, threats of violence, and intimidation experienced by people with learning disabilities and or autism. 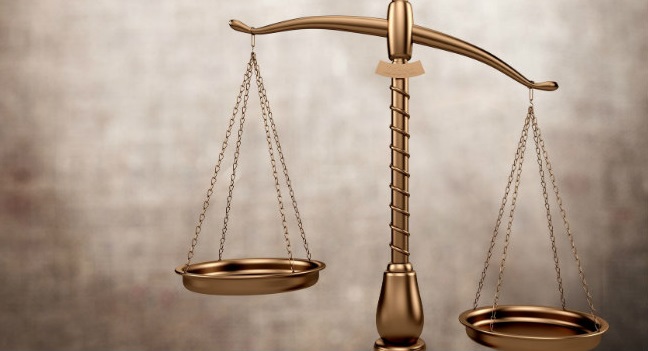 Families have launched a legal campaign to end the "national scandal" of people with autism and learning disabilities from being detained under the Mental Health Act.

The parents are concerned that the Mental Health Act is being used to detain people with autism and learning disabilities, often in mental health hospitals, also known as assessment and treatment units (ATUs), even where they do not have a mental illness.

Campaigners want the government to remove autism and learning disabilities from the definition of what constitutes a "mental disorder" under the legislation.

Two families from Windsor and North London have launched a crowdfunding appeal which will allow specialist lawyers at Irwin Mitchell to advise on whether there are grounds to bring a judicial review challenging the government.

At the end of March 2019, 2,260 people with autism or learning disabilities were being detained in mental health hospitals, NHS figures show.

"Under the current law people with autism or a learning disability can be detained in a mental health hospital or ATU, even if they do not have an accompanying mental health diagnosis," said Anne-Marie Irwin, a human rights lawyer at Irwin Mitchell representing the families.

"Families are extremely concerned that their sons or daughters who have autism or learning disabilities are at risk of detention should they display behaviours that challenge."

"This is an issue which is causing great worry, not only to our clients but thousands of others. This is reflected by more than 45,000 people signing a petition calling on the government to stop the detention of people with autism and learning disabilities in ATUs."

"The families have requested that we investigate this issue as they believe the government is failing in its duty towards some of society’s most vulnerable people."

Tim Nicholls, Head of Policy, at the National Autistic Society, said: "Autism and learning disabilities are not mental health conditions. But they are defined as mental disorders in the Mental Health Act."

"This means that people who are autistic or have a learning disability can be detained even when they do not have a treatable mental health condition. This is wrong and part of the reason behind the national scandal of autistic children and adults getting stuck in mental health hospitals - and in some distressing cases being subject to seclusion, restraint and over-medication."

"Hospital wards are not designed for people without a treatable medical condition. They can be noisy, bright and unpredictable and this can be completely overwhelming for many people who are autistic or have a learning disability - and inadvertently make their life even harder."

"We and thousands of our supporters have been calling on the Government to review this definition and we welcome this potential legal action. We hope it will help end this national scandal and make sure vulnerable people get the support they need in their own community, near their family and friends."

The way people with learning disabilities and autism are treated in specialist hospitals is back under the mainstream spotlight following the publication of a string of reports, and the broadcast of a BBC Panorama documentary last night.

The BBC's ‘Undercover Hospital Abuse Scandal’ showed psychological abuse, threats of violence, and intimidation experienced by people with learning disabilities and or autism while living in specialist care at Whorlton Hall, in County Durham.

The footage has triggered renewed calls for an overhaul of legislation and the expansion of community care provision alternatives.

The programme "will be hugely distressing for the general public – and a complete scandal for the families involved," said Richard Kramer, chief executive of the disability charity Sense.

"People should not be living in hospitals. Full stop."

"This is a cross the board failure. We have not ‘transformed care’. We have discarded those with the most need and left them languishing in a system that can only be described as inhumane. This is a systematic failure."

"Nothing can undo the suffering that people with complex disabilities have experienced."

Professor Martin Green, Chief Executive of Care England, said: "The findings of this undercover programme are utterly shocking. The behaviour of the staff is utterly deplorable and frankly totally inexplicable."

"It is unacceptable that eight years after Winterbourne View abuse has not been stamped out. Care England wants to work with the health and care system to see more people cared for in local communities."

"It is essential that commissioners, the regulator CQC and providers of care homes, supported living and other housing settings work together to increase community capacity for people currently in hospitals. This is a process that should be led by, and reflect the needs and ambitions, of people with learning disabilities and their families."

Mark Rowland, Chief Executive of the Mental Health Foundation, which includes the Foundation for People with Learning Disabilities, said: "Eight years after Panorama uncovered systemic abuse of people with learning disabilities at Winterbourne View, it is soul-destroying to see these new allegations of continuing abuse."

"People with learning disabilities are some of the most vulnerable in society. It is vital that action is taken immediately to ensure they can get fair access to health care."

"Community resources to deliver prevention and early intervention are also urgently needed, to help people with learning disabilities and autism live fulfilling lives in their communities."