This article was first published in February 2016 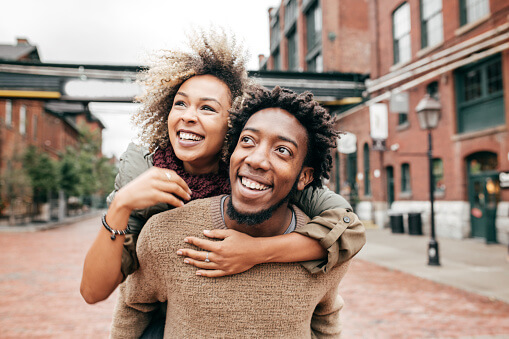 Mental health problems are more common among BME communities than the general population, yet providing culturally sensitive mental health services is something that some trusts struggle with. But there are trusts that have developed successful services, as Julie Penfold explains.

In a bid to improve mental health services for BME communities in Suffolk, Norfolk and Suffolk NHS Foundation Trust (NSFT) created Inspiring Progress, a project exploring how mental health and culture and faith in mental wellbeing are viewed. The trust asked Healthwatch Suffolk to carry out the research. Over the summer, 772 people took part in the survey, of which 54% of respondents were members of a BME community.

“The survey was circulated by our community development officers that each have a locality in Suffolk,” says Tom Delaney, research and development officer at Healthwatch Suffolk. “We also promoted the survey across local newspapers and via our newsletters, social media and website. Many of the responses we received were expected. Racial discrimination is a national problem. Our research found one in three people aged 35 and under and one in four people aged 35 and over have experienced racial discrimination using mental health services.

“New figures from Mind found Suffolk County Council spent only 0.13% of its public health budget in 2014/15 on mental health awareness. 2,3People aren’t comfortable with the term ‘mental health’ due to a lack of education at community level.”

This view is echoed by Paul Farmer, chief executive of Mind: “Prevention is always better than cure and ignoring the problem simply doesn’t make sense. We need local authorities to use their budgets to help people in their communities stay mentally healthy and reduce the chances of them becoming unwell.”

In other findings from the Healthwatch Suffolk survey, 90% of BME respondents said it was not easy to find information about NSFT’s mental health services. Almost half of BME service users said mental health services were not culturally sensitive, while one in four said they were asked questions that were not acceptable to their culture or faith.

The responses from Healthwatch Suffolk’s research mirrored feedback given to the trust as part of the Open Mind initiative. The initiative was launched in response to research which showed people from a BME community can have more adverse experiences and negative outcomes within mental healthcare. It aimed to identify and break down some of the inequalities that exist around access to care so that services could be better shaped to meet the needs of the local BME community.

In September 2014, the trust carried out its first Open Mind engagement workshop for BME service users. Several recommendations were suggested including improving access to information and services, better communication through access to interpreters and cultural competence skills among staff. Another suggestion was increased involvement of BME service users by developing a BME service user forum. The Inspiring Progress project was commissioned to better understand how the recommendations could be implemented.

Some of the early actions the trust has pledged to take include training for staff, improving the way the trust’s mental health services are publicised to BME communities and continuing the Open Mind project in co-production with service users. The trust also recognises the importance of faith and belief and will offer more seminars for faith leaders on mental wellbeing.

“We have established a BME expert group, which is led by service users and also has health professionals on board,” says Ravi Seenan, equalities and engagement manager at NSFT. “We are particularly looking at how to tackle this issue around cultural competency. We are developing a training package to help staff become more sensitive to the cultural needs of BME communities. We will also be looking at clinical priorities that we need to address such as referrals, how BME people access mental health services and their experiences.

“Additionally, we will be developing an evaluation tool that will help to inform us about how effective the training has been and whether the improvements have led to increased positive outcomes for BME service users.”

One trust that has developed effective links with its local BME communities is Dudley and Walsall Mental Health Partnership NHS Trust, where its community development workers (CDWs) help set up projects and groups specifically for different ethnic groups.

“We’re quite fortunate as there aren’t many CDWs left that are still linked in with NHS trusts,” says Paul Singh, equality and diversity lead at Dudley and Walsall Trust. Dudley and Walsall has five CDWs with Singh heading up the team. “Many are now part of third sector organisations such as Mind, Rethink Mental Illness and Healthwatch.”

The role of CDWs was originally established under the government’s Delivering Race Equality in Mental Health Care (DRE) agenda in 2005, in response to the death of David Bennett who died in a secure mental health unit. The DRE was a five-year initiative but the work of CDWs has continued since it ended and is governed by strategies including New Horizons (2009), Mental Health Promotion and Prevention (2011) and the Public White Paper (2011). The role was first introduced in Dudley and Walsall by the trust in 2006 and received primary care trust funding initially. The CDW roles were advertised via NHS Jobs and promoted locally via voluntary sector organisations and community faith organisations. Funding is now provided by the local authority.

CDWs work in a number of ways to challenge discrimination and stigma and promote mental wellbeing across Dudley and Walsall. Their work involves signposting, offering advice, raising awareness of mental health issues and the help that is available from the trust and addressing language barriers that people may face when accessing the trust’s services. The CDWs also offer drop-in sessions in community locations such as libraries and mental health and wellbeing awareness training to individuals and groups. Additionally, the team offers self-help wellbeing guides in multiple languages, including British Sign Language. CDWs advocate the ‘five ways to wellbeing’ approach: connect, be active, keep learning, give and take notice.

Iram Maan is a multilingual CDW based in Dudley. She has recently organised a reading for wellbeing group for Asian women and a mindfulness course for a Pakistani group. The CDWs are able to help with getting funding to run courses and support groups to make funding applications to continue the supportive networks that have been developed.

“Suicide rates are much higher in south Asian women,” says Maan. “We’ve just finished running a 10-week jewellery making and canvas art course for a group of Bengali women. It’s been fantastic to see the gradual change in the women over the weeks. The Bengali community is very small in Dudley and the women tend to stay at home. There is a Bengali mosque but it doesn’t have female facilities. Without the mosque, the women didn’t really have anywhere to meet. I managed to get them to take part in the weekly course and they’re continuing to meet up now it’s come to an end. The courses we run help to improve isolation, build local connections and [people] learn new skills. The Bengali women are more confident and want to take the initiative forward. Making a lasting difference is very rewarding.”

A wellbeing course created for a Polish group, one of the new migrant communities in Dudley, has also proved a success. A migrant health needs assessment commissioned by Dudley Metropolitan Borough Council highlighted depression and stress as key issues for that community. Now the course has ended, the Polish group want to carry on meeting and have took steps to set up a constitution to apply for funding to continue. A men’s mental health support group, 4 Men Monday Club started in July and provides a free breakfast drop-in every Monday from 10am to 12pm. Cookery sessions are offered or alternatively the men can just relax and benefit from a little support.

“What’s key to working with these local groups is combating stigma firstly by promoting wellbeing,” says Singh. “You must appreciate if you go into a community and start talking about mental illness, you’ll lose them. We recently worked with the LGBT community in Dudley on an eight-week bread-making project. There were self-harm and suicide issues within the group but it had to be approached in the right way by the CDW. Funding was awarded for a creative project where we could discuss these issues without it being directly about mental health. Each week while the group made bread, we covered topics around wellbeing and talked about self-harm and suicide at the last session.”

Initiatives like this mean the trust has been commended locally and nationally for its equality and inclusion work. Last year, the trust won the Employers Network for Equality and Inclusion award in recognition of its engagement with local people across all cultures.