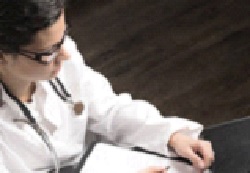 Leading doctors have called for a fundamental change in the way people think about mental health and how psychological issues are managed in the wider NHS.

This call was made by NHS England’s national clinical director for mental health, Dr Geraldine Strathdee; NHS England’s national clinical director for diabetes, Professor Jonathan Valabhji; consultant liaison psychiatrist and Royal College of Psychologists spokesperson on suicide and self-harm, Dr Alys Cole-King, and mental health campaigner Georgina Wakefield in a session at the NHS Health and Care Innovation Expo titled ‘Is the term ‘mental health’ doing more harm than good and what can we do about it?’

All four agreed that current services and attitudes are resulting in fragmented services, lack of understanding and lack of support for clinical specialisation, leaving people at risk.

“We are at the same stage in terms of mental health as we were in medicine when I was a student,” said Dr Strathdee. “We used to talk about general medicine and general surgery but we never do that anymore. We have specialist diabetes, nephrology, urology – but we still have mental health as a single blob.

“We still have people who say mental health issues are just part of life, but I can show you the brain scans, the genetics and the viruses that impact on, and cause, mental health problems, influenced by people’s experiences, lives and relationships.”

“When people present to their GP in my area with a diabetic foot ulcer, they are immediately referred to multi-disciplinary hospital teams that take in every aspect of diabetes.

“It is far more challenging to achieve that for someone who has a mental health condition as well as diabetes because there just isn’t affiliation between the acute trusts and the mental health trusts. That needs to change.”

Ending stigma
Meanwhile, Dr Cole-King called for a greateremphasis on personal resilience and management to avoid mental health crisis, and highlighted the fact that only 27% of those who die by suicide had been seen by a mental health professional in the past year.

“The other three-quarters don’t live in isolation – they live in communities, they see their GPs and other healthcare professionals,” she said. “We are all part of the solution and we can all play our part in building emotional resilience.

“To do that, we need not only to reduce stigma, but to eradicate it completely, and eradicate the silos that cause mental health to be pushed to the sidelines.”

Finally, Wakefield, whose son has schizophrenia, spoke about her own family’s experience of stigma, such as the public opposition her son had faced while living in shared specialist accommodation after leaving hospital and the challenges in getting access to treatments. “Until we combat the stigma we are on a hiding to nowhere,” she said.