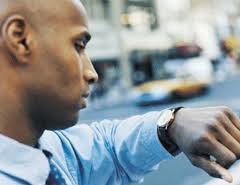 People experiencing depression have a more accurate perception of time than their non-depressed peers and this could have implications for certain types of treatment, a study has found.

The study, led by the University of Hertfordshire, found that, far from ‘time seeming to drag’ for people with depression, they sometimes have a more accurate perception of reality than their friends and family who often hope for the best.

Diana Kornbrot, research professor of mathematical psychology at the University of Hertfordshire, and a co-author of the report, said: “The results of our study found that depressed people were accurate when estimating time whereas non-depressed peoples’ estimations were too high. This may be because mildly-depressed people focus their attention on time and less on external influences, and therefore have clarity of thought – a phenomenon known as ‘depressive realism’.”

“Our findings may help to shed a little light on how people with depression can be treated,” added Professor Kornbrot.” People with depression are often encouraged to check themselves against reality, but maybe this timing skill can help in the treatment of mildly-depressed people. These findings may also link to successful mindfulness based treatments for depression which focus on encouraging present moment awareness.”

The paper, ‘Time perception and depressive realism: Judgement type, psychophysical functions and bias’, is published in PLOS ONE: http://dx.plos.org/10.1371/journal.pone.0071585