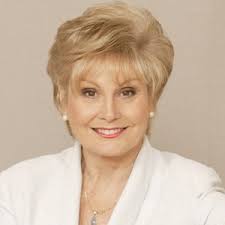 Older people's champion and TV presenter Angela Rippon has called on architects to put the needs of people with dementia at the heart of new hospital designs.

With a quarter of acute hospital beds occupied by people with dementia, she said it is vital that hospital design promotes patient safety rather than put people at risk.

The former BBC News presenter was speaking at the launch of the world's first dementia-friendly Virtual Hospital at the Design Council in central London.

Faster growing group of hospital admissions
"Patients living with dementia are the fastest growing group of new admissions in our hospitals, but even some of the most modern are wholly unsuitable environments for people affected by this condition," she said.

"This new virtual resource demonstrates how acute design can be practically applied to meet the needs of this group of patients more effectively."

The Virtual Hospital has been developed by the Dementia Services Development Centre (DSDC), which is part of the University of Stirling.

"But we also know from the evidence how to make them safer environments, and we have developed this resource to share our knowledge widely.

"As our populations age, dementia rates are set to soar around the world. Many older people experiencing cognitive decline will still need to access acute care, and they deserve to have their needs met safely."
email this article
...