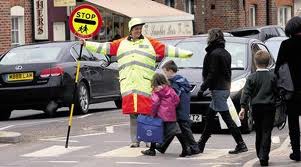 Unborn babies and infants exposed to high levels of traffic pollution in built up areas are more likely to become hyperactive, researchers from Cincinnati Children's Hospital have warned.

Dr Nicholas Newman and his team believe that early life exposures to a variety of toxic substances are important in the development of problems later in life.

Traffic particulates cause brain toxicity
The study of nearly 1,000 children born in Cincinnati showed that by the age of seven, those exposed to the substances were more likely to test positive for attention deficit hyperactivity disorder (ADHD) and related symptoms.

Traffic particulates may cause narrowed blood vessels in the body and toxicity in the brain's frontal cortex, it was suggested.

Children were followed from infancy to seven when parents completed a questionnaire about their behaviour, focussing on  attention problems, aggression, conduct problems and atypical behaviour.

Of the 762 children initially enrolled in the study, 576 were included in the final analysis at seven years of age.

'At risk' range of hyperactivity
Results showed that children who were exposed to the highest third amount of TRAP during the first year of life were more likely to have hyperactivity scores in the ‘at risk’ range when they were seven years old.

The ‘at risk’ range for hyperactivity in children means that they need to be monitored carefully because they are at risk for developing clinically important symptoms.

Dr Newman concluded: ‘Several biological mechanisms could explain the association between hyperactive behaviours and traffic-related air pollution, including narrowed blood vessels in the body and toxicity in the brain's frontal cortex.’

"This observed association between air pollution and hyperactivity may have far-reaching implications for public health. Traffic-related air pollution is one of many factors associated with changes in neurodevelopment, but it is one that is potentially preventable."