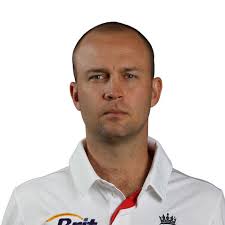 A new report by mental health charity Mind has found that professional athletes could be struggling in silence because they are afraid that asking for help with a mental health problem will negatively affect their careers.

In his role as former chairman of the Professional Footballer's Association Clarke has spoken openly about his own depression and in launching the 'Performance Matters' research he highlighted the importance of good mental health support at all levels of sport.

Clarke said: “There is a great appetite to address mental health issues within sport and things are improving, but the support for athletes is nowhere near adequate. I believe that football, and sport in general, can lead the way and I’m grateful for the opportunity to lend a helping hand by supporting Mind, a charity very close to my heart.

“I want to use my time as a Mind ambassador to raise awareness and, in effect, normalise mental health. If someone’s got a cold, you might ask them whether they are OK because we recognise they aren’t well. We need to get to the point where people can address mental health in the same way. I’m lucky enough to have a platform and it would be wrong if I didn’t use it to help Mind reach people who need them the most.”

Sport stars struggles with mental health
Mind’s report comes in response to an increasing number of current and former sportspeople speaking out about struggles with their own mental health including Jonathon Trott (pictured), Dame Kelly Holmes and Marcus Trescothick, and some high profile suicides including former German goalkeeper Robert Enke.

The charity commissioned research to explore how sports’ governing bodies and players’ organisations currently respond to, manage and prevent mental ill health amongst athletes, and to identify successful programmes which can be shared with other sports.

Mind sought the views of former athletes, and officials working in sports including football, rugby and cricket for their research. Published at the start of the 2014/15 Premier League football season, the charity’s evidence-based report highlights the individual needs of sportspeople facing a unique set of pressures in their jobs from the everyday need to win trophies, to facing media scrutiny and the huge uncertainty of life after retirement.

Suffering in silence
The charity found that individuals and players associations such as the PFA, PCA and RPA are taking the lead in looking after athletes’ mental health, rather than clubs as employers. The report concludes that managers, coaches, clubs, governing bodies and players’ unions all have a role in supporting sports professionals to manage their mental wellbeing.

Paul Farmer, Chief Executive of Mind added: "When people in the public eye speak out it inspires others to seek help which is why we’re thrilled to welcome Clarke as an ambassador of Mind, especially at a time when sport and mental health is rising up the agenda. It’s shocking to think that some athletes feel driven to suffer in silence in case it affects their careers.

"We are delighted things are starting to happen in sport, to support people with and prevent people from developing mental health problems, but working in isolation is not the solution. We want to work with sports governing bodies and other organisations to find better ways of ensuring our sporting heroes, and their families, have the support they need."

To read the report in full visit: www.mind.org.uk/news-campaigns/campaigns/sport-and-mental-health/