Armed Forces leavers likely to struggle with adapting to civilian life should be identified by the Ministry of Defence before they leave, two veterans’ organisations have said.

Transition-focussed charity Forces in Mind Trust (FiMT) have partnered with Stoll, a veterans’ supported-housing provider, to make the case for investment in tailored support for preventing homelessness and unemployment.

Together, they are calling for services to be developed across the UK that ensure the most vulnerable Forces leavers receive the health and welfare support they need to avoid homelessness and unemployment.

The charities claim people with known mental health issues and those without a settled home or family life to re-join are most at risk.

A pilot project that targeted these demographics, run by Stoll, found accommodation for 44 veterans, employment for a further 36 and mental health support for 85 individuals. 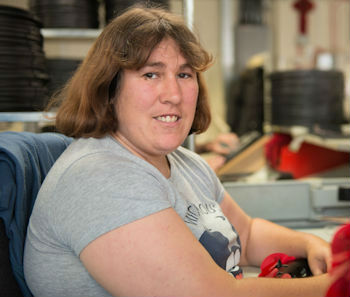 Former Royal Air Force logistics team member Nicola (pictured) was diagnosed with post-traumatic stress disorder some time after leaving the forces, but on reflection believes she had been living with it for many years.
She has recently been supported by Stoll after "dropping in" to the service, but says she had "no idea that this help was available to me at a time when I was at my lowest."
"Not enough people know about the incredible service [Stoll] provides. I'm now settled in my home with a fresh start ahead of me."

“We are pleased that the evidence shows our service is helping those in the London area,” added Ed Tytherleigh, Chief Executive of Stoll.

“We must now ensure there is effective transition support available for [Forces] leavers in other parts of the country, notably those in the South and South East where the shortfall in appropriate accommodation for veterans is most acute.”
email this article
...