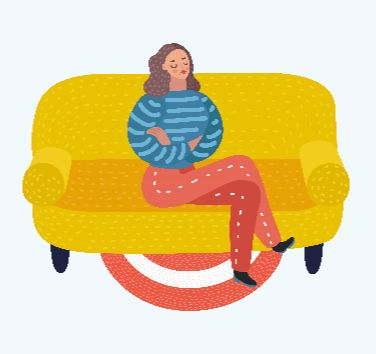 When I tell people that I work as a therapist a common response is, ‘That’s so selfless! Good for you!’

But it’s not true. I get a lot of personal satisfaction from working as a therapist, using my mind to help someone else explore what’s going on in theirs.

And I enjoy the variety of the role and the people I meet, despite the often harrowing things they bring.

Yes of course I want to help others – you’d be worried if I didn’t, but I also find it the most challenging and gratifying work I’ve ever done.

What would happen if I did work selflessly? If I didn’t prioritise my own health? Think about how much I can realistically achieve with someone? How much time I can commit to this work?

I’d probably not be able to function as a very effective therapist. If I acted completely ‘selflessly’ my clients would probably suffer too.

There is big stigma associated with appearing ‘selfish’. If someone called you ‘selfish’ it would probably really hurt. And it feels like one of the biggest insult to hurl at someone else.

Society sees being selfish as not caring about other people. As if by caring for yourself you are hurting someone else, or costing them their happiness.

You are branded egotistical – as if you value yourself over all others. How dare you put so much value you in your own desires?

But is that such a bad thing? Who’s going to do this, if not you?

What happens if we live selflessly?

As a therapist you are often confronted with the consequences of someone attempting to live their life not being ‘selfish’.

Perhaps they have taken on a huge amount of work in helping friends with their problems when they spend very little time talking about their own. They might feel exhausted and lonely.

Maybe they maintain relationships that actually feel harmful and traumatic.

Maybe they really struggle with saying ‘no’ and feel angry and depressed.

Perhaps they take on the burden of someone else's dispute as if it was their own.

Whenever someone feels that they might have acted selfishly they can feel extreme guilt. As if their 'self' is not worthy of such prioritisation.

But perhaps all they’re doing is protecting themselves or rightly acting with self-respect.

Why it’s important to be selfish

There is a trend now towards ‘self-care’ which bucks against the idea of ‘being selfish’. It calls on us to put on our oxygen mask before we help anyone else with theirs.

This can become useful if it is seen as more than taking an hour on a Sunday evening to have a hot bath and indulge in a face mask.

Instead if we see self-care as a way of accepting when it is appropriate for you and others to put yourself at the top of your own priority list.

I remember when young at university really admiring the 'audacity' of a friend who took herself off to the cinema alone and bought herself mangoes instead of toast for breakfast.

These seem like small things, but for me at the time, the idea of exercising your own power to put yourself first was mind blowing and freeing.

How could we function in the world if we allowed ourselves to believe that it is our right to put ourselves first?