The Prime Minister is right to look at reducing mental health act detentions, but her approach could impact suicide prevention. Barney Cullum explains why and looks at alternative models of “compassionate triage”.

We are in pre-election manifesto season. The major political parties are showing deeper interest in protecting the rights of people with mental health conditions than they have before, in some areas if not all. This is to be applauded of course, but not without due scrutiny. 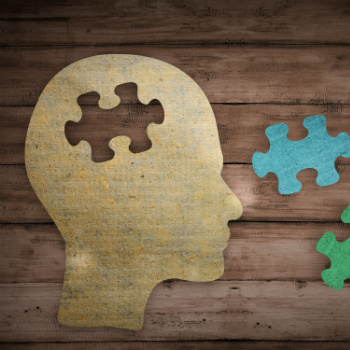 The Conservative Party sets out its stall today. Some of their proposals were trailed earlier this month. It is now a couple of weeks since Theresa May first revealed her intention to bring in legislation to give people with mental health conditions greater powers to refuse treatment. This writer is concerned about what the Prime Minister’s new “mental health treatment bill” could mean in the context of suicide and prevention.

May has said she wants to “scrap the mental health act” and bring in a “new law which finally confronts the discrimination and unnecessary detention that takes place too often.” It is heartening to observe her recognition that discrimination takes place. We know that the Mental Health Act and indeed the Mental Capacity Act are sometimes used in ways that bring on greater rather than lesser suffering for individuals. People with mental health conditions can be misunderstood, underestimated, or simply not treated with the dignity and respect theoretically afforded by the law.

Striking the balance between rights and protection reflects, of course, the essence of good mental health care delivery. Lawyer Eve Piffaretti, who acts on behalf of care providers and authorities, is among those keen to hear more detail from the Prime Minister about what she wants to implement if re-elected.

“The idea of a fusion law, potentially merging mental health and mental capacity legislation into one single piece of legislation, was put forward by [independent reviewers] the Law Commission in March. It’s not clear if this would be a follow on from that. We [currently] have the ability to make [legally binding] advance decisions to refuse treatment for physical conditions in England and Wales, but we don’t have the ability to do that for mental disorders.”

Piffaretti points out that Northern Ireland has legislation that permits individuals to give advance notice – i.e. at a time when they have capacity – to refuse treatments not just for physical conditions, but for mental health conditions too.

It is not known whether May would want to emulate this model, but recalling the death of Kerrie Wooltorton ten years ago illustrates the value of the Mental Health Act in preventing suicides. Kerrie poisoned herself and presented in A+E wanting pain relief but not treatment to keep her alive. Clinicians took their lead from mental capacity legislation rather than the mental health act. They determined they would respect Kerrie’s wishes, expressed in a letter she handed to doctors, and let her die. Doctors feared they could be prosecuted for assault had they let her live.

“Do we actually all believe that we all have rights, are entitled to autonomy and that we can do things that might harm us and cause injury to us, and that shouldn’t be interfered with even if it’s unwise?” asks Piffaretti. “Or is it permissible and proportionate to interfere where someone has a mental disorder that impacts on your ability to make reasoned decisions, retain information, weigh it up etc? I’m not qualified to say; this becomes a clinical issue.”

It’s a clinical debate yes, but a deeply challenging ethical, legal and philosophical one too. There are entrenched views on both sides around whether self-harming is necessarily a manifestation of a mental disorder. How can this be addressed in the context of treatment law?

In the interests of transparency I should share that I write in the pursuit of objectivity but from a particular perspective; I’m a relative of someone who has attempted to refuse treatment following suicide attempts in the past. Every experience is different but I know my relation would make different choices today than they did at the time. People follow different maps at different times. They sometimes do and sometime don’t need “steers” from other drivers.

As Executive Director of Samaritans Cymru (Wales), Sarah Stone is one of the UK’s experts in the area of suicide prevention. She says: “When people are suicidal and they come into contact with emergency services, they need a really good and effective response and not to be inappropriately detained.”

The Samaritans advocate pyscho-social assessments take place as a matter of course in such circumstances. Stone says people who have made a suicide or self-harm attack who end up in A+E shouldn’t be left to “walk away” without having had one.

Suicide is a significant social inequality and public health issue, with more than 6,000 people across the UK and Ireland taking their own lives each year. Samaritans data demonstrates that people who have self-harmed or made a serious attempt at suicide in the past are more likely to do so again, and are therefore at much greater risk of dying by suicide in the future.

“We want people to get the help they need,” Stone adds. “A suicide attempt should trigger a consistent, supportive and appropriate reaction. Front line staff should feel they have been provided support tools [and can offer] compassion and empathy. Training up frontline staff on practicalities is important.”

“Compassionate triage” is happening in some parts of the country, but not in others. We would perhaps all do well to look for lessons from the approach taken by the Birmingham and Solihull Mental Health Trust. Seven years ago the Trust launched a new scheme, embedded in all the city’s hospitals. It’s called RAID, which stands for Rapid Access Interface and Discharge, and has had a telling impact on the crisis care experiences of people with mental health conditions in the area. Since it was introduced, the Trust say sectioning under the mental health act has decreased locally and police cell detentions have gone down to zero in some years. 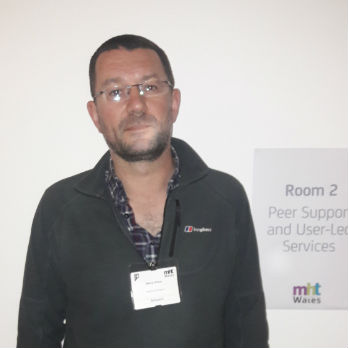 More importantly, people in crisis are spending less time in the unsuitable surrounds of A+E and are being connected to appropriate mental health services far quicker than they had been previously. Mark Hillier, responsible for service user care and public engagement at Birmingham and Solihull Mental Health Trust, explains how it works.
“When we launched, it was about putting a team with strong mental health experience into all the acute hospitals in Birmingham. Although it’s centred on A+E it actually works across the whole hospital. So if someone comes into A+E with a mental health problem there’s someone dedicated, a nurse or a doctor, who can help them. They will establish and understand what brought them there and the options for further treatment, then put them in touch with care that can properly help.”

“The other role the RAID representative has is to go around the hospital looking out for people who have got mental health issues. Maybe this will be people on regular wards who aren’t getting the treatment they should be getting from the Mental Health Trust. Or it could be older people, particularly people with dementia, who’ve come in from a fall or a trip, and we realise that they should be with a specialist mental health team. They can be isolated as well; so we work out how and where they can be better integrated.”

Government has a role to play, but we can all shape the mental health care models we want to see in the future. Hillier recalls the conversations he had with mental health service users when he first joined the Birmingham and Solihull Trust close to twenty years ago. “They asked us, ‘Why can’t we have a place when we’re not well, operating 24/7, that will triage us, assess us and help us get the services we need?’”

“I think back then people almost laughed at them and said ‘oh no, it couldn’t happen, we don’t have the money, it would be too difficult to provide the service, particularly at night.” It was interesting how it evolved about ten years later. Commissioners were looking at the money side of things again and they realised that actually this is a solution to some of the problems we’ve got.”

“One of our consultants, Professor George Tadros [a psychiatrist], was involved with the model and he’s led it along the way. I’ve become more involved recently as I’ve looked to refine the product. RAID Plus will take it a stage further; looking at people who very frequently come to A+E - even if they know there are other options - and reviewing why they keep coming back to A and E, why they find themselves in crisis on a very regular basis and why the nurses around them can’t prevent this happening.”

“People or organisations who want to emulate this model elsewhere in the country need to voice it, that’s really important. There are forums for service users, providers and commissioners alike such as the Mental Health Today event in Wales. You’ve got to talk cross-sector. It can’t just come from the acute hospital or the mental health trust, you’ve got to get talking. Charities and third sector organisations have got a big role to play too. I know that our commissioners in Birmingham are now talking to the third sector about re-establishing crisis houses. I can see those coming in again, as an alternative to hospital.”