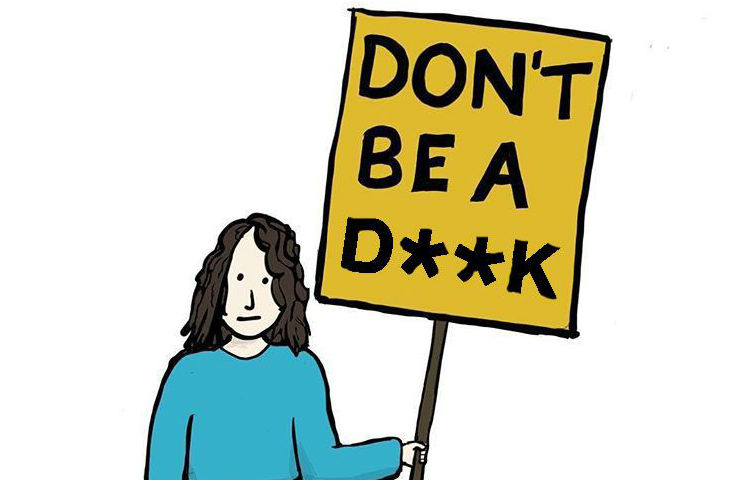 Gender is complicated: it’s emotionally complex, intellectually challenging and politically disruptive. But it’s also very simple. How can we make the world a bit less difficult and dangerous for people who are marginalised?

The rights of trans people and the barriers and discrimination they face in accessing healthcare and public spaces are issues which are growing in visibility in the UK. Recovery in the Bin’s statement of support, partially motivated by the protest at Pride in London, has highlighted some of the rifts around this, present in both the survivor movements and the more mainstream mental health world. It’s a laudably clear and simple statement, and, on paper, should attract a wide range of support - but it’s struggled to do so. The fact that it explicitly condemns transphobia has been divisive, and this exposes, for me, some uncomfortable truths about our mental health world.

"The politics of the trans movement are inherently self-reflective, intersectional and inclusive."

There are deep historic links between survivor activism and second-wave feminism, and many prominent activists campaign against psychiatry on the basis that it’s an oppressive patriarchal force. Some activists have also been vocal in asserting that trans rights threaten or erase women’s and lesbians’ rights and identity - a position critiqued by other feminist and lesbian activists. Moreover, more mainstream mental health practitioners and service users can feel overwhelmed by the vitriol in the debates. Many, in my experience, feel that this is not their fight, and don’t want to get involved for fear of saying the wrong thing. This used to be my position.

This piece will not rehash arguments about trans identity and rights. This happens often enough in the press and on social media, usually in a violent and damaging way. Instead, I’d like to explore what I’ve learnt from my conversations with trans folk, and how it has informed my work.

Last year, I delivered a training with and for Action for Trans Health, because I wanted to make Mind in Camden’s trainings, groups and materials safe and relevant for trans people.  It was a formative and powerful experience.

The thought had never occurred to me before I met the wonderful Otter Lieffe, a trans woman activist and writer. I knew very little about trans experiences. The language baffled me, and the battles I occasionally witnessed online didn’t feel relevant to me, much as, I suspect, mad activism feels remote to those on the outside.

What did I learn? I learnt that making our mental health services accessible to trans people is the law, because gender reassignment is a protected characteristic under the Equality Act. I also learnt that gender is complicated: it’s emotionally complex, intellectually challenging and politically disruptive. But it’s also very simple. How can we make the world a bit less difficult and dangerous for people who are marginalised?

One of my aims on a Hearing Voices Group facilitation training is to get participants to reflect on how to co-create safety in a group. I had nothing to teach Action for Trans Health: safety is what they do, because safety is what they don’t have. Thinking about safety is folded into everyday life if you’re trans, the moment you step out of the door, whether you pass or don’t pass. They are, I think, communities which are reliant on themselves to survive, and which are carrying ever-increasing trauma because of the hate and violence which are directed at them. It isn’t safe to be trans. And so trans folk are there for one another and create safety within their relationships, groups and gatherings, because we have failed to do so for them.

I learnt that trans communities can be warm, and loving, and fierce. The politics of the trans movement are inherently self-reflective, intersectional and inclusive. The focus is always: but what about those who are not here, those who couldn’t make it, those who are experiencing even more oppressions, because of their finances, or disability, or how they are racialized, or the job they do. What can we, in mental health, learn from this?

In my trainings, we reflect together on how people are in the world differently, and have diverse experiences and views on everything, including diagnosis, medication and recovery. But the participants already knew how to hold space, because the trans and queer communities are all about embracing and honouring difference. In particular, something they brought to the training was a very welcome emphasis on both the social model of disability and neurodiversity as explanatory frameworks.

I learnt that we’re all transphobic, in the same way we’re all racist, and ableist and classist. They taught me that as much as the ideas around questioning and queering gender are intoxicating and subversive- what really matters is what we do. It’s often the little things. What does it cost me to remember someone’s pronouns?

It’s not about speaking for or on behalf of trans folk: it’s about making space in our mental health conversations for trans voices. We, in mental health, can make our events and consultations trans friendly, by inviting trans speakers and by meeting some basic needs, such as booking venues with gender neutral bathrooms. We can follow the lead of collectives like Sisters Uncut or organisations like Drayton Park Women’s Crisis House, and make women’s refuges and crisis houses open and welcoming to trans women. We can check in with trans folk about diagnosis, gatekeeping and Gender Identity Clinics. In the conversations I was part of, the priorities were survival, human rights, and access to healthcare and services. We can donate money to the Trans Health Solidarity Fund or Gendered Intelligence’s summer camp for trans young people. We can read up on trans rights and request training for our collectives or organisations. We can sign Recovery in the Bin’s statement and we can fill in the Gender Recognition Act public consultation. And rather than talk about trans people, from a place of fear, we can talk with trans folk, and work together to make our spaces and services safer and more inclusive for everyone.

Akiko Hart is the Chair of ISPS UK, a Committee Member of the English Hearing Voices Network. and the Hearing Voices Project Manager at Mind in Camden. As part of her work at Mind in Camden, she helps set up and facilitate Hearing Voices groups and networks in a variety of settings, including the community, in-patient units, children and adolescent mental health services, prisons, secure units and Immigration Removal Centres. She has previously worked as the Director of Mental Health Europe, and has a keen interest in the differences and overlaps in mental health provision in different national and cultural settings.